Sandra Bullock released three films last year; this is the one I’m sure she would like you to forget. Mary (Bullock) is a crossword columnist still living at home. After meeting Steve, a cameraman for a ‘CNN’ type station, on a blind date she inexplicably begins following him around the country to bizarre news events. Until, she herself becomes something of a media sensation. In between last summer’s smash The Proposal and winter’s opening of The Blindside, this quirky comedy was quietly dumped into theaters, and largely ignored by audiences.

Bullock is as always easy to look at, and she gives her character a certain tenderness and warmth. Yet it’s difficult to ignore the fact that this woman, as written, is very sick. The few laughs sprinkled throughout are mostly due to Thomas Haden Church’s antics as an arrogant newscaster. But ultimately the film is just too odd and tonally inconsistent to rate as anything other than a curiosity. Should have been retitled The Blind Date. 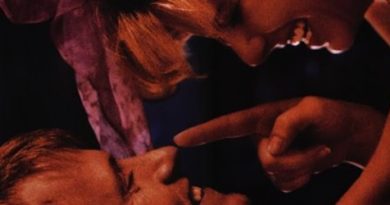