Every once in awhile there is a rare occurrence in which a sequel is better than the original. Clerks II is clearly superior in all creative and technical departments yet it feels more like a continuation of Clerks than a stand-alone sequel. These two films complement each other so well it’s hard to watch this follow-up without feeling the need to re-watch the first one.

This classic Smithonian tale is told in the raunchiest of ways, with the foulest of dialogue, yet with the sweetest of hearts and intentions. It delivers everything a Smith fan could want, and then some. If you like dirty comedies, this should be at the top of your list. Smith’s writing has never been crisper never allowing for a lull, and given his dialogue heavy scenes, this is quite a feat.

I was a fan of Brian O’Halloran and Jeff Anderson in the original. These two seem to be a natural screen pair, playing off each other like a younger ‘odd couple’. Rosario Dawson fits in well with this established on-screen duo, holding her own in quip-heavy dialogue exchanges. View Askewniverse favorites Jay and Silent Bob (Jason Mewes and Kevin Smith) add even more to the comedic mix. Usually these two are muses that aid the typically bewildered main character in figuring everything out, however, here there’s a nice twist ending to their arc. But it’s newcomer Trevor Fehrman that steals the show on several occasions, especially when explaining why he can’t “get with” his troll infested girlfriend. A plethora of guest appearances from the likes of Wanda Sykes, Ben Affleck, Kevin Weisman, Jason Lee and many more round out the cast.

Unlike the ultra-low budget original this sequel is shot in flush color. No black and white with heavy grain here. Well thought out camera placements along with a real set of a Mooby’s fast food restaurant round out an already amazing installment in what will become a comedy standard for so many DVD collections. 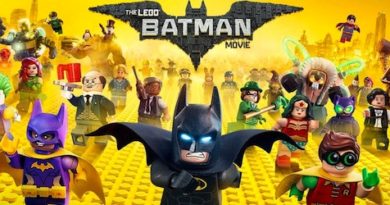 The Jack Black ‘Green Lantern’ Movie That Almost Was