Dito Montiel is best known for writing and directing the cult classics ‘Fighting’ and ‘A Guide To Recognizing Your Saints’. The latter based on his experiences growing up in Queens, NY, as chronicled in his memoirs of the same name. His most recent film ‘The Son Of No One’ reunites him with frequent collaborator Channing Tatum, and also stars Al Pacino, Katie Holmes and Tracy Morgan.

Jason: You’re a published author, musician, and former model. How did you evolve into a filmmaker? 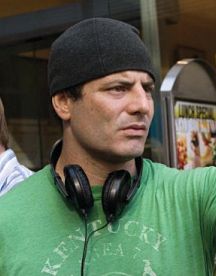 It’s crazy. Everyone has a story and I just wrote mine. I wasn’t a very good guitar player so I had to write songs. I couldn’t rely on anyone else. I started to write these little hardcore songs. At first it was a joke but it started to catch on. I remember sitting down and writing when all of a sudden one page become two and before you knew it was almost book length. I’ve always loved movies and I started flirting with the idea of writing a film. My friend Jake and I were working together in a music house when we started to make these short films. I would write and direct and Jake did the editing. We screened the film and then realized, “Wow, maybe we can make two minutes into a feature length film“. It’s been a long very weird process. I don’t know how I got to where I am, but I’m glad I’m here.

J: In your memoirs you refer to having an affinity for Woody Allen films. What is it that attracts you to Allen’s work?

DM: I’ve always loved Woody Allen’s films, every once in awhile I’ll take another peak at some of his early work. It never felt that the people he cast were ‘acting’ in his movies; it felt like they were probably playing fairly close to character. He has an irreverent style, where he’ll drop in a cartoon sequence out of nowhere. He’s open to trying weird things and I find that his films make me laugh and cry.

J: All of your films thus far have been set in NY. Is this a coincidence or do you want audiences to associate you with the city in the way that Scorsese and Allen are?

DM: No, however I’m a filmmaker that was born in New York. So making films about the city is commonplace. Plus it’s always nice to go home. I make films that I hope can be playable in places like Iowa. But I’m from these streets so I make films that take place on them. The city is like a homing pigeon, I guess. 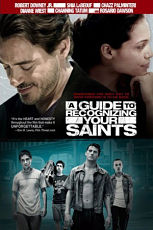 J: Your first film ‘A Guide to Recognizing Your Saints’ was an adaption of your memoirs. The film has a highly talented cast including Robert Downey Jr., Shia LaBeouf and Channing Tatum. How did you attract them to the material?

DM: I don’t know…I really don’t. I got lucky. The actors really responded well to the words on the page and they in turn got excited. I always try to put something out I really love, because if you believe in it, the hope is others will follow suit. In the case of ‘Saint’, it worked like that. I don’t write or film anything I’m not in love with. Hopefully that comes across to audiences.

J: Was it a surreal experience watching actors re-enact scenes from your childhood, often in the same locations?

DM: Sometimes it was. You lose your mind when making a movie and don’t get nostalgic ‘til afterwards. Shooting on the actual location things happen. And having childhood friends on set can drive you crazy. So being on one of my sets it can get kind of crazy. It’s a good time, but it can be weird, yes.

J: You’ve worked with Channing Tatum three times now and the relationship seems to benefit him.He has given his best performances under your direction. You’ve recently re-teamed again on ‘The Son of No One’. Can you describe your working relationship? 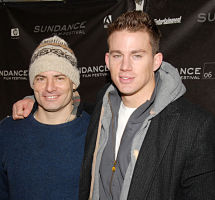 DM: He’s a great guy and also a great actor. He has something that most actors don’t have now and it’s something the actors that I grew up loving had. I feel like I know him. He’s turned into a much better actor over the last couple of years. He’s an honest guy and it comes across on screen. Plus he’s able to deliver a line well. That’s a good combination. So we keep messing around, having a good time and going out there.

J: Your film ‘Fighting’ was sold as a ‘Lionheart’ knock off. However I was surprised at the influence of films like ‘Midnight Cowboy’ in the picture. Was this a conscious decision in the writing process?

DM: Absolutely, yes. For years that script was floating around before I became a part of it. It was originally about basketball. They came to me about a re-write but I wasn’t a fan of the script. So I started thinking about it and I liked the character of Harvey (later played by Terrance Howard) but I didn’t like how he was. I said “If you let me bring in a little ‘Ratzo Rizzo’ into this, I think I got something“. I knew what kind of picture they wanted to make, but I thought it would be interesting to sneak that type of personality into the film. 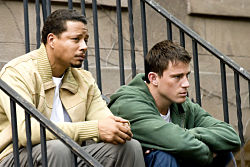 I had been talking to Terrance Howard for awhile about doing something and I finally pitched him my idea on this one. He understood the producers were making a ‘popcorn’ movie, but we were able to sneak in some nice character study. Both Terrance and Channing were great in that picture. It was a fun experience because it was a big movie with stunts and fights. At the end of the day you try to incorporate something personal into it. The idea of walking down the streets of New York with a guy like Harvey and seeing it from his perspective is a really beautiful thing in a strange way. Terrance just nailed that.

J: You have a background in boxing and New York has a rich boxing history with Madison Square Garden. It seems like a natural fit for you. Any plans for a boxing film?

DM: My father was a champion boxer. I did the Golden Gloves and got ko’ed in the first round, so if that qualifies me as a boxer, I’ll take it. In all seriousness, I’d consider a film on any subject as long as I’m passionate about it.

J: You’re new film, ‘The Son of No One’, has an outstanding cast headlined by Al Pacino, Channing Tatum, Katie Holmes and Tracy Morgan. What can you tell us about it?

DM: It’s the story of two boys that murder two people and get away with it. Now, how do they deal with the after effects of that as adults? What happens to two friends when you’re living with something like that? It’s a cop-mystery film in the vein of Sydney Lumet, the type of film that would interest me. I watch every police-procedural on television, I love that stuff.

J: You’re also adapting your novel ‘Eddie Krumble is the Clapper’ for a possible pilot. Can you tell us about this project?

DM: I’m very excited about that. It’s something I’m adapting for television. It’s about a guy named Eddie who’s a paid audience member; the kind that laughs and claps on queue. Sometimes you’ll see them on infomercials being asked weird questions by the host. So it’s about a guy known as a professional ‘clapper’ and the strange turn of events in his world. I’ve always been very fond of the film ‘King of Comedy’ and I always imagined doing something in that world. This kind of dances in there.

J: Any plans to move into other genres like comedy, romance or dramas? 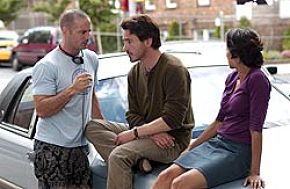 DM: Yes, I don’t feel bound to any one thing. I have always felt my movies were slightly funny. They all have an angle of romanticism; a common theme in my films has been that you always need somebody to go through this life with. That’s very prevalent in ‘The Son of No One’, the idea of how important the relationship between friends is and also husband and wife. I wouldn’t call my films outright romantic comedies, but in my mind there is a level of both in all of them.

J: Do you feel it’s important for a young filmmaker to also have the ability to write their own material?

DM: It certainly isn’t a bad idea. The problem is, if you don’t generate your own material, then you’re at the mercy of what’s out there. I know how hard it is to get into this business, believe me it’s like the lotto. I’m not going to be one of these guys that say, “it’s easy“. Sure it takes talent but it’s also a lot of luck and constantly putting yourself out there. Just write something that you love and that has personal value. If you have to shoot it yourself and cut it on free software, do it. Put it on YouTube. You’d be surprised how much joy you can get from just presenting the art. I’m lucky enough to be doing this for a living, but if you do it for the money, you will end up losing your mind. That’s my advice. 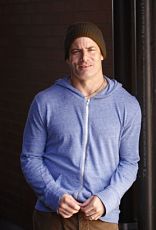 J: What process is more grueling, writing a novel or writing a screenplay?

DM: Both are interesting experiences. I think a screenplay is funnier, because it’s ‘alive’, it has a voice that keeps talking. In writing a novel it’s a free experience. I can put characters on the moon and nobody is going to have to act it out; I won’t have to worry about hiding a light somewhere. One you can really get into your own head and nobody is critiquing you. The other is critiqued from day one until completion, then it’s released and everyone else critiques it. I will always write both new books and movies. It’s what I do.