UPDATE: Now EW is saying their sources are telling a different story, Gordon-Levitt is not playing Alberto Falcone, and there is no news as of yet what role he’s filling. This is why I hate reporting on casting, it always comes from “sources close to” or “insiders”. 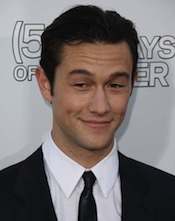 On Friday we learned that Joseph Gordon-Levitt will in-fact be in the newest Batman film, ‘The Dark Knight Rises’. What we didn’t know was the role. Variety recently updated their news article about the casting stating that:

Pretty interesting news and a role he seems well fit for. It’s unfortunate that he’s not filling the Riddler’s shoes as that could have been a great performance, but perhaps it was considered too much after having the Joker in the last film. I hope once Christopher Nolan is done with the franchise they give Schumacher and Carrey another shot at it. Isn’t Arnold looking for a comeback film?