UPDATE: We spoke too soon! Arthur came in at only $12.2 million giving up the #2 spot to Hanna‘s $12.3 mil. So not only will Russell Brand never see this happen again, but more than likely never at all. 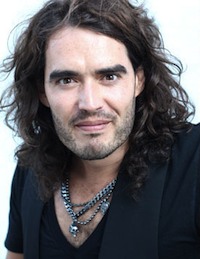 Something that is likely never to happen again, Russell Brand has landed in 1st and 2nd place this weekend. HOP came in at #1 with $21.7 million for a total of $68.2 mil now. This run isn’t surprising after what the Alvin and the Chipmunks movies have done. The question is, can The Smurfs keep the ‘small CGI creatures in live action movies’ money ball rolling?

Arthur hit the #2 spot with $12.6 million which is $5 mil less than what last year’s Get Him to the Greek opened with, under the $15-$17 mil industry projections and just barely edging out Hanna‘s $12.3 mil. With a budget of around $40 mil and advertising spending of $28 mil this may not bode well for the comedy. Brand hasn’t necessarily made enough films yet to prove he’s a bankable star, but in the range of $30-$40 mil comedies he does well enough. His total lifetime gross stands at half a billion for seven films yet his average gross of $77 mil proves that he just can’t quite achieve critical mass on his own.

Soul Surfer was 4th with $11.1 million. Insidious had an incredible hold for a small cheap horror film falling only 27% to claim the #5 spot with $9.7 mil. This brings its total to $27 mil on only a $1.5 mil budget. But the real surprise goes to Your Highness, continuing the ‘Universal curse’, landing in the #6 spot with a measly $9.5 mil. To be fair almost every film at the theaters was gunning for the younger audience. Advertising was heavy with budgets of $22 mil for Soul Surfer, $15 mil for Hanna, $28 mil for Arthur and $21 mil for Your Highness.

Your Highness had a few things over the other’s though. Firstly it was the repairing of Pineapple Express stars James Franco and Danny McBride alongside Pineapple’s director 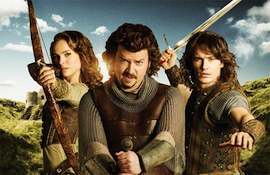 David Gordon Green. Secondly it had Oscar host James Franco and Oscar winner Natalie Portman, who are both huge with the younger crowd. With Pineapple Express raking in $87 mil and Portman’s latest raunchy rom-com No Strings Attached pulling in $70 mil, how could Your Highness fail? Unfortunately Universal keeps pumping out formulaic movies that look like hits on the outside but fail to attract an audience. Sure you could say Franco and Portman are far too overexposed, especially after the Oscars. But a film’s demise ultimately resides in how good it is, and judging from its 25% rotten score from Rotten Tomatoes and C+ CinemaScore Your Highness simply didn’t deliver.