#1 Cheerleader Camp is an un-rated raunchy sex comedy from The Asylum that holds its own amongst other straight to video teen-targeted comedies such as the American Pie series. Naomi L. Selfman’s script is the best coming out of The Asylum in a long while, providing laughs from jokes that have been set-up well before the current scene’s punchline. They’ve benefited from a decent line of sex comedies in the past, mostly credited to Ms. Selfman’s scripts, but here director Mark Quod and crew pull off a sleekly shot little comedy with little to no fat on it.

This movie earns its sex comedy category with nudity and vulgar language. A lot more nudity than the aforementioned American Pie series. #1 Cheerleader Camp has a more 80’s and early 90’s feel to it than current renditions such as Fired Up or Band Camp. Of course all the obligatory aspects of any camp comedy are present, including a shower scene, the bunkmate from hell that winds up helping the main character, and sneaking off camp grounds to go someplace, in this case it’s a strip club.

Seth Cassell is hilarious as the ever jerking-off camp maintenance guy. Jay Gillespie is well suited to play the straight man (his missteps cause others to wonder just how ‘straight’) and blends well with Cassell’s ‘Stiffler-esque‘ attitude. Erica Duke is perfect as the ‘doesn’t realize she’s hot/no confidence having‘ mascot forced to take over her squad and blossom. Let’s be honest, this is no Bring It On when it comes to actual cheerleading skills. There’s very little choreography in the competition portion of the film, and once you see the cheap minuscule first place trophy the teams are vying for, you’ll understand why. #1 Cheerleader Camp isn’t a bad little comedy, good for watching with a few beers. 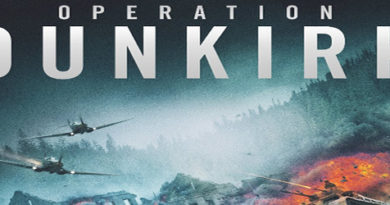