Ted Demme’s Beautiful Girls is a masterpiece pure and simple. The screenplay written by Scott Rosenberg is full of so many authentic moments it feels like our lives and friends have been observed for material. The story takes place in an unidentified town on the East Coast. Will (Hutton) has come home from NY to attend his ten year reunion and check in with the group of friends that he abandoned when he left to purse a career in music. His crew is made up of character actors Noah Emmerich, Michael Rapport, Max Perlich and Matt Dillon, it’s an absolute credit to the casting decisions made by Demme that the chemistry works so well within the group. Each supports the other in obscure ways and every individual gets a moment to deliver extended monologues.

Reminiscent of Diner and other arrested development comedy-dramas in structure the film at times feels episodic but is always redeemed by the rich acting and nuanced direction from the late under-rated Ted Demme. The picture has a dark humor as witnessed in a running gag in which Rapport’s character repeatedly uses his truck to snow plow his ex-girlfriends driveway, blocking her in four feet of snow every morning. Although this is a film primarily focused on men the females in the picture steal scene after scene. Mira Sorvino is wonderful in a thankless role as the bulimic girlfriend to Dillon’s character. Also magnetic is Rosie O’Donnell whom delivers the films funniest lines.

A beautifully realized film that was buried by a generic promotional campaign during it’s brief unsuccessful theatrical run. Luckily this gem has found an audience on DVD and cable television. Stands head and shoulders above most coming of age films from the last 25 years. The theme song sung by Wallflowers front-man Jacob Dylan is an instant classic. 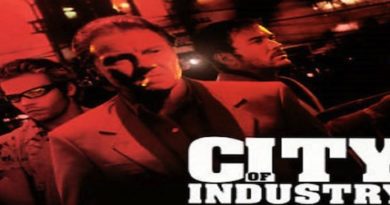