Wired recently asked Paul W.S. Anderson (Resident Evil franchise) and Damon Lindelof (Lost, Star Trek) how they would proceed if they had control over the Terminator franchise. Anderson’s answer sound pretty cool, Terminator on a much larger scale than has been done before. Lindelof’s is hilarious though, and I’m glad that someone else out there sees the Rock as sort of today’s Schwarzenegger. 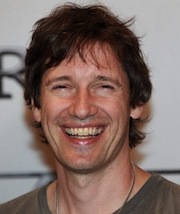 Anderson: “I would pick up after Judgment Day and combine the epic battle for the future with a story set in present day, like the first two films, which were clever and fun. I’d keep it in California: Sunshine, palm trees, and shopping malls are the perfect backdrop for mayhem. It doesn’t have to be grim. I don’t need to see bombastic superheroes fighting for the fate of the world. I want it through the eyes of real people. If I can get Arnold back, that would be my preference. He is the brand; nobody else can fill his shoes. But you should have new relatable characters. The best thing about the Terminator is that it was designed to infiltrate society. I’d build the narrative around twists and turns. You’ll have to guess who’s a robot and who’s a human being. It’d be in the same style as Westworld. But the centerpiece of the film would be the battle they teased me with for four movies. Imagine a field of tens of thousands of Terminators—not giant Transformer-type robots but human-sized Terminator endoskeletons—getting ready for an all-out epic fight against humanity on the scale of The Lord of the Rings. It would look cool, and it would also be awesome. I’ve been waiting since the first movie to see it. Is someone going to make this soon?” 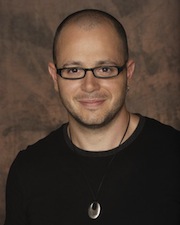 Lindelof: “The whole “dark depressing futuristic apocalypse” thing is played out. Enough with the machines driving over human skulls. We need us some COMEDY. Look at those numbers for Bridesmaids and Hangover 2. Can you imagine the box office if those movies had HOMICIDAL ROBOTS in them?!? And since we’re evoking Arnold’s work already (evoking is free, by the way—suck it, lawyers), why not combine Terminator with Schwarzenegger’s greatest comedic work? Yeah. That’s right. Kindergarten frigging Cop. Buckle up. Here comes the gold. Humans in dystopian future learn that a Terminator traveled back in time and impregnated a woman, resulting in a half-cybernetic child that will grow up to be humankind’s DESTROYER! But due to technological ineptitude, we can’t lock down the mother’s identity (and thus the kid’s), narrowing their whereabouts to a school in a pleasant coastal town. And so our story begins as a gruff, futuristic badass with great comedic chops (we’re screwed if the Rock says no) representing the hopes of all humanity travels back to 2012 to identify the half-Terminator 5-year-old by substituting as a kindergarten teacher. And then, after a series of comedic misunderstandings? Kill the little bastard. Pretty sure we can get a PG-13 as long as no one smokes and when the kid gets shot in the face we do it in a classy way.”

Confirmed: Schwarzenegger and Stallone Team Up Again in ‘The Tomb’