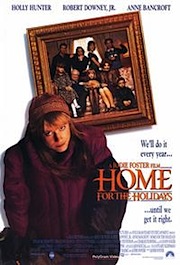 In a span of 36 hours, Claudia Larson (Holly Hunter) has managed to lose her job, make out with her boss and learn that her daughter (Claire Danes) is planning to go all the way. But Claudia’s fortunes actually take a turn for the worse when she flies home to endure an even more grueling trial: The family Thanksgiving! Beset by a neurotic mother (Anne Bancroft), kooky father (Charles Durning), eccentric brother (Robert Downey Jr.) and compulsively ‘normal’ sister (Cynthia Stevenson), Claudia struggles to maintain her calm. But as sparks fly, tempers flare and turkeys go airborne, Claudia manages to recapture the zaniness of her childhood and discover them most important things in life are the memories she shares with family… and for that, she can only be thankful! 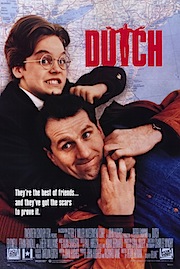 Dutch Dooley (Ed O’Neill), a working-class good guy who’s the new boyfriend of a wealthy big shot’s ex-wife. But when the woman’s spoiled son (Ethan Randall) refuses to come home from his Southern prep school for Thanksgiving, Dutch volunteers to pick the bratty boy up for a road trip back to Chicago that quickly goes hilariously wrong. From fireworks fiascos to hitchhiking with hookers, can a man who’s really just a grown-up kid find a way to bring out the child in a little jerk? 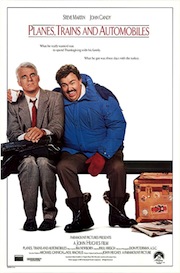 Neal Page (Steve Martin) is an advertising executive who just wants to fly home to Chicago to spend Thanksgiving with his family. But all he gets is misery. Misery named Del Griffith (John Candy)—a loud-mouthed, but loveable salesman who leads Neal on a cross-country, wild goose chase that keeps Neal from tasting his turkey. 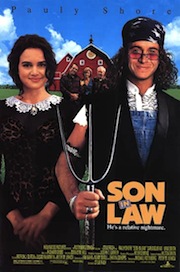 Crawl (Pauly Shore), L.A.’s funkiest college student, is hilariously out of his element when he spends Thanksgiving at the family farm of a straitlaced college co-ed (Carla Gugino). Crawl’s unlike anything the Midwesterners have ever seen. But before long, Crawl’s plowing his way into their hearts with his outrageous antics and offbeat attempts at farming. 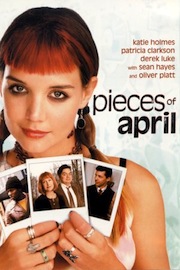 April Burns (Katie Holmes) has never been on good terms with her mother, Joy (Patricia Clarkson), but in a burst of goodwill she’s volunteered to host her family for Thanksgiving at the Lower East Side apartment she shares with her boyfriend, Bobby (Derek Luke). As if preparing a holiday feast isn’t pressure enough, she discovers her oven is broken and has to search her building for one that works, making appeals to an eclectic array of neighbors. Meanwhile, the Burns family is speeding down the highway towards New York while recounting April’s failures. April’s father, Jim (Oliver Platt), is determined to have a nice day, but Joy persists in undermining his plans. While perfect daughter Beth (Alison Pill) reminds everyone of her sister’s faults and Grandma Dottie (Alice Drummond) can barely remember anyone’s name, youngest child Timmy (John Gallagher Jr.) dodges emotional bullets by photographing every awkward moment.