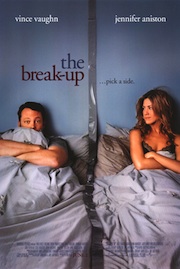 Pushed to the breaking-up point after their latest “why can’t you do this one little thing for me?” argument, art dealer Brooke (Jennifer Aniston) calls it quits with her boyfriend, Gary (Vince Vaughn), who hosts bus tours of Chicago. What follows is a series of remedies, war tactics, overtures and underminings suggested by the former couple’s friends, confidantes and the occasional total stranger. When neither ex is willing to move out of the condo they share, the only solution is to continue living as hostile roommates until somebody caves. 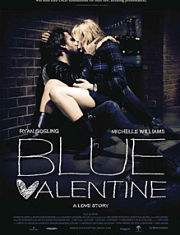 Blue Valentine is the story of love found and love lost told in moments past and present. This honest and moving portrait follows Ryan Gosling and Michelle Williams who star as Dean and Cindy, a married couple who spend a night away from their daughter in an attempt to save their failing marriage. Juxtaposed with playful scenes that trace their romantic courtship six years prior, Gosling and Williams journey through the brutal heartbreak that comes with fading love and broken promises. 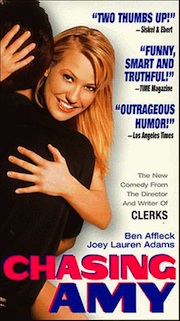 In Chasing Amy, life-long best friends Holden McNeil (BEN AFFLECK) and Banky Edwards (JASON LEE) are enjoying success as the creators of the cult hit comic book ‘Bluntman and Chronic.’ When they meet fellow comic book artist Alyssa Jones (JOEY LAUREN ADAMS), Holden’s desire for the beautiful charmer is immediate. Alyssa, however, has set her romantic sights elsewhere and yet decides, nevertheless, to pursue a friendship with Holden. This presents Holden with a dilemma: Feeling the way he does, can he merely be friends with this woman? Banky, who knows Holden best, doesn’t think so. As the friendship deepens, so do Holden’s affections for Alyssa. And cautiously, yet effortlessly, so do Alyssa’s for him. With their relationship struggling to define itself, Banky grows more and more frustrated at the notion of losing his best friend to emotional adulthood. 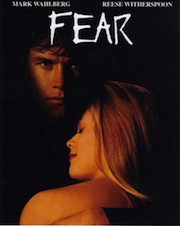 Mark Wahlberg stars in one of his first features as a hoodlum drug dealer from the wrong side of the trackswho falls in love with Nicole Walker, an upper-middle-class high school girl (Reese Witherspoon). In this psycho-drama (with the emphasis on psycho), Nicole happily loses her virginity to her first love, but, when she begins to doubt the relationship, his tenderness turns to violence, as he stalks and terrorizes her and her friends and family. The girl’s father never trusted him in the first place, but his reservations about his daughter’s first serious boyfriend are interpreted as Oedipal paranoia, until the boy and his drug-dealing, date-raping buddies besiege the overly fortified house in a twisted attempt to win back Nicole’s love. The Seattle setting juxtaposes a grunge rock underworld with an over-privileged suburban household, and includes a very sexual ride on a roller-coaster. Think of it as ‘Boyfriend from Hell’. 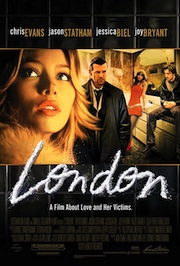 When Syd (Chris Evans) learns that his ex-girlfriend London (Jessica Biel) is leaving New York without telling him, he responds by impulsively crashing her going away party. Once there, rather than confront her, he holes up in the bathroom with a pile of cocaine and Bateman (Jason Statham), an enigmatic Englishman he barely knows. As the two engage in a drug-fueled conversation that runs the gamut from entropy to S&M to the meaning of life, Syd struggles to work up the nerve to talk to London before it’s too late. 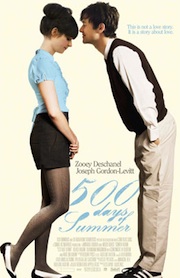 This is a story of boy meets girl, begins the wry, probing narrator of 500 Days of Summer, and with that the film takes off at breakneck speed into a funny, true to life and unique dissection of the unruly and unpredictable year-and-a-half of one young man’s no-holds-barred love affair.Tom, the boy, still believes, even in this cynical modern world, in the notion of a transforming, cosmically destined, lightning-strikes-once kind of love. Summer, the girl, doesn’t. Not at all. But that doesn’t stop Tom from going after her, again and again, like a modern Don Quixote. 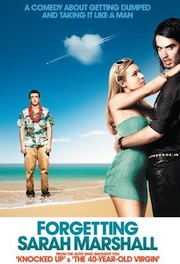 Struggling musician Peter Bretter (Jason Segel) has spent six years idolizing his girlfriend, television star Sarah Marshall (Kristen Bell). He’s the guy left holding her purse in paparazzi photos and accidentally omitted from acceptance award speeches. But his world is rocked when she dumps him and Peter finds himself alone. After an unsuccessful bout of womanizing and an on-the-job nervous breakdown, he sees that not having Sarah may just ruin his life. To clear his head, Peter takes an impulsive trip to Oahu, where he is confronted by his worst nightmare: his ex and her tragically hip new British-rocker boyfriend, Aldous (Russell Brand), are sharing his hotel. But as he torments himself with the reality of Sarah’s new life, he finds relief in a flirtation with Rachel (Mila Kunis), a beautiful resort employee whose laid-back approach tempts him to rejoin the world. 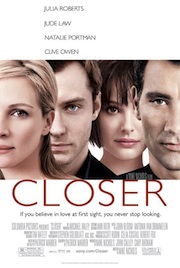 Dan (Jude Law), an aspiring novelist who earns a living writing obituaries, meets Alice (Natalie Portman), who becomes his muse. Through her, he blossoms and becomes confident enough to approach the woman he believes he’s in love with, Anna (Julia Roberts), a successful photographer and recent divorcée. After meeting and flirting with Dan, Anna marries Larry (Clive Owen), a handsome, self-assured dermatologist, while carrying on a secret affair with Dan. Based on the award-winning play by Patrick Marber. 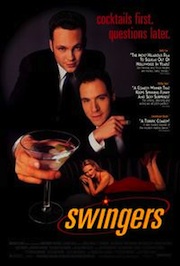 A knowing examination of the psyche of the modern American male, Doug Liman’s debut comedy Swingers stars screenwriter Jon Favreau as the sensitive Mike, a struggling actor and stand-up comic looking for romance in the wake of the dissolution of a six-year relationship. Against his better judgment, he hits the town with his pal Trent (Vince Vaughn, in a star-making performance), a retro-hip smooth-talker who calls women “babies” and feels compelled to illustrate to Mike the error of his gentlemanly ways. First in Las Vegas and later in a series of hip L.A. nightspots, the duo and their other pals, including a guy named Sue (Patrick Van Horn), prowl for women, looking for kicks and cheap thrills. The difference is that while Trent wants sex, Mike wants love and romance. Only when he learns to simply be himself does he find what he’s looking for. 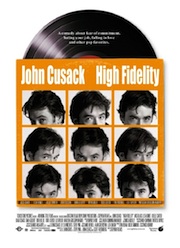 After Rob (Cusack), a thirty-something record-store owner, realizes he must face the facts that he is growing up, he begins to have a mid-life crisis. While manning the store and trying to get back together with his ex-girlfriend, he and his staff have conversations and experiences that dissect their relationships with the music they love and how it relates to their lives. Are they listening to pop music because they are miserable? Or are they miserable because they listen to pop music? This romantic comedy provides a touching and whimsical glimpse into the male view of the affairs of the heart.

Get these Best Break Up Movies from Amazon.com 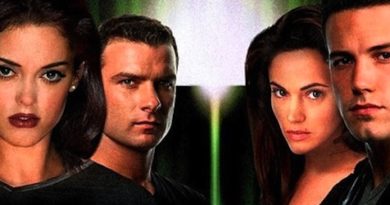