Schwarzenegger recently tweeted this picture of himself and Sylvester Stallone in the hospital as they both prepared to go in for some shoulder work. Hopefully they’ll be as good as new for their next adventure, The Tomb. The inclusion of the hashtag #greattobeback at the end of the tweet sounds like the boys are having a blast, and putting their bodies through the ringer for our entertainment. A resounding never ending thanks for that. Best of luck to both and hopefully a speedy recovery.


“
After all the action, stunts & physical abuse shooting The Expendables 2 and The Last Stand, it was time for a little tune up on my shoulder. Look who was coincidentally waiting in line behind me for his shoulder surgery. Now we’re ready for another round of great times and action when we shoot The Tomb. #greattobeback 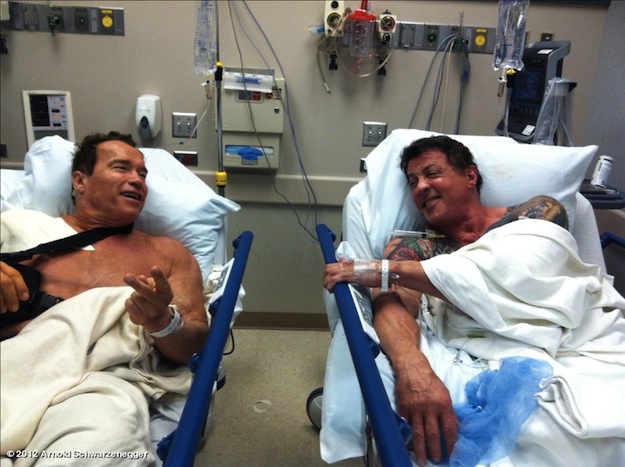 Schwarzenegger and Stallone in the Hospital

Warner Bros. Pulls ‘Bullet to the Head’ From Its Release Calendar