There is an infectious joy that creeps off the screen in the opening moments of the musical Rock of Ages. Perhaps its that gloriously dramatic 1980s rock music that perfectly captures this moment in time. The Bourbon Room was once the hottest club on the Sunset Strip, but things have changed and the club is struggling financially. It is run by Dennis Dupree,(Alec Baldwin) a man with rock and roll in his veins but an overhead to manage, the club can be saved by a one-night only performance from the legendary Stacee Jaxx (Cruise). This framework also includes the tale of a small town girl fresh off the bus from the Midwest looking to make it big in Hollywood, and the bartender / wannabe rock star city boy that falls in love with her. Also mixed in is a subplot chronicling the vehement protest from a conservative women’s group, lead by the wife (Zeta-Jones) of a mayoral candidate, against rock music in general, and the Bourbon Room specifically.The screenplay was adapted by playwright Chris D’Arienzo, working with Justin Theroux and Allan Loeb.

Tom Cruise is absolutely magnetic as Jaxx, the hedonistic rock god turned self indulgent blowhard. His scenes with the lovely Malin Akerman, a Rolling Stones reporter conducting a front page feature, are reminiscent of the work in a similar, albeit far more intense sequence in Magnolia. Himself having rocketed to stardom in the 1980s, Cruise is the perfect embodiment of this character and its near impossible to think of anyone else that could have played it as well. The big names in the cast including Baldwin, Russell Brand and Paul Giamatti are so good they overwhelm the two lesser known leads. Julianne Hough made her screen debut in Footloose and this isn’t much of a stretch for her. She can sing, dance, and deliver a line well. Although it may be time to start thinking about looking for projects that allow for deeper motivation for such active emoting. Diego Boneta is adequate if unmemorable in the lead, as the bartender who turns into the next big thing only to fall victim to studio focus group interference. Boneta has a quality reminiscent of Adam Garcia, lets hope he sticks around for longer.

Over the years the stage play has garnered the moniker ‘Mama Mia for Metal-heads’, while that may be in regard to the music featuring well know songs in a predictable story, this is leagues above that film adaption. In fact I would rank Rock of Ages amongst the best screen musicals in the last 40 years. It doesn’t have the refined production design or staging of Chicago, but then Adam Shankman is no Rob Marshall. I suspect your level of enjoyment will depend greatly on your experience with or fondness for 1980s hair metal. Personally I am a sucker for the era, and I found Rock of Ages to be a lovingly produced tribute to the decade, and one of the most surprising movies of the year. 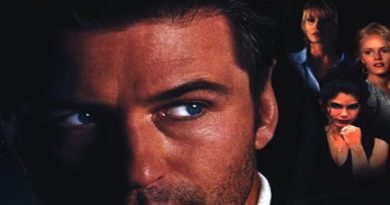