This is my list of the top five best Alien Invasion movies. This has been an incredibly popular sub-genre dating back to the Orson Wells broadcast of 1938. Since 1977 there have been 35 Alien Invasion themed films released culminating in $4,171,019,251 at the global box-office. Many of the silver-screens biggest stars and directors have crafted or appeared in an Alien Invasion film at some point in their respective careers. The average Alien Invasion movie grosses $119,000.000 at the domestic box-office. 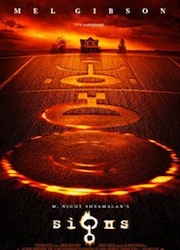 Following the smash hit The Sixth Sense and the under-performing follow-up Unbreakable, directing phenom M. Night Shyamalan returns to the summer box office landscape that served as the backdrop for his cinematic breakthrough. In Signs, another paranormal outing for the writer-director, Shyamalan explores the eerie implications of a 500-foot crop circle that mysteriously appears on the Bucks County, PA farm of reverend Graham Hess (Mel Gibson). As Hess and his family (Joaquin Phoenix, Rory Culkin, Abigail Breslin) try to take stock of what the sign means, and how its message incorporates into their faith, they start to get the feeling they are not alone in the fields behind their house. 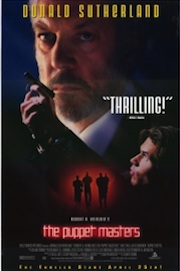 David Goyer, Ted Elliot and Terry Russo adapted Robert A. Heinlein’s 1951 novel The Puppet Masters to the screen 43 years later. Sharp-eyed viewers will recognize similarities to Invasion of the Body Snatchers, but Heinlein’s book came first. Parasitic space aliens invade the Midwest, taking over the bodies of humans and manipulating these unfortunates to do their bidding. US security agent Donald Sutherland and his team of troubleshooters attempt to squash the extraterrestrial scheme before everyone in the world is turned into Howdy Doody. Adding an extra layer to this familiar scenario is the fact that Sutherland doesn’t get along with everyone on his side-in particular, he has a lot of trouble relating with his son Eric Thal. Stuart Ormes’ perfunctory direction is not up to the standard set by the actors and special effects. 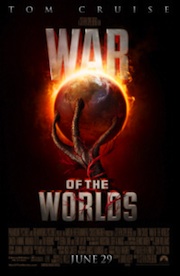 An ordinary man has to protect his children against alien invaders in this science fiction thriller, freely adapted from the classic story by H.G. Wells. Ray Ferrier (Tom Cruise) is a dockworker living in New Jersey, divorced from his first wife Mary Ann (Miranda Otto) and estranged from his two children Rachel and Robbie (Dakota Fanning and Justin Chatwin), of whom he has custody on weekends. On one such visitation, looking after the kids becomes a little more difficult when, after a series of strange lighting storms hit his neighborhood, Ray discovers that a fleet of death-ray robotic spaceships have emerged nearby, part of the first wave of an all-out alien invasion of the Earth. Transporting his children from New York to Boston in an attempt to find safety at Mary Ann’s parents’ house, Ray must learn to become the protector and provider he never was in marriage. Also starring Tim Robbins, War of the Worlds was directed by Steven Spielberg, who had been planning the project for years, but set it aside until a wave of “alien invasion” films (led by Independence Day) had run its course. 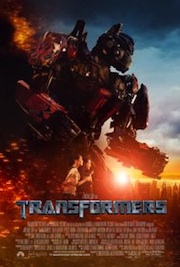 The interstellar battle between the Autobots and Decepticons rains destruction down on planet Earth as director Michael Bay adapts Hasbro and Takara’s popular Transformers franchise into a big-budget, live-action summer tentpole extravaganza in this ambitious sci-fi action feature starring Shia LaBeouf, Tyrese Gibson, Bernie Mac, John Turturro, Jon Voight, and, of course, Optimus Prime and Megatron. Long ago, on the planet of Cybertron, a massive, powerful alien race divided into two factions, the noble Autobots, and the devious Decepticons. They fought for the sole access to a talisman known as the Allspark, a cube with the capacity to grant infinite power, and eventually the Autobots smuggled it off the planet’s surface, hiding it in an unknown location on Earth. Now, hundreds of years later, the Deceptacons have come looking for it, and if the Autobots don’t find it first, the Earth will be enslaved or destroyed by the evil aliens’ use of its massive power. The Autobots don’t know where the cube was hidden, but the information may be stored in the most unlikely of sources, as a gangly young Earthling named Sam Witwicky (LaBeouf) who’s just picked up his first car, has a strange connection to the Allspark’s history, making him the unlikely ally of these enormous creatures, as they fight for humankind’s survival and the chance to return home. 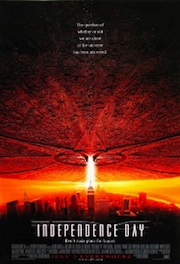 A group of intrepid humans attempts to save the Earth from vicious extraterrestrials in this extremely popular science-fiction adventure. Borrowing liberally from War of the Worlds, Aliens, and every sci-fi invasion film inbetween, director Roland Emmerich and producer and co-writer Dean Devlin present a visually slick, fast-paced adventure filled with expensive special effects and large-scale action sequences. The story begins with the approach of a series of massive spaceships, which many on Earth greet with open arms, looking forward to the first contact with alien life. Unfortunately, these extraterrestrials have not come in peace, and they unleash powerful weapons that destroy most of the world’s major cities. Thrown into chaos, the survivors struggle to band together and put up a last-ditch resistance in order to save the human race. As this is a Hollywood film, this effort is led by a group of scrappy Americans, including a computer genius who had foreseen the alien’s evil intent (Jeff Goldblum), a hot-shot jet pilot (Will Smith), and the President of the United States (Bill Pullman). While some critics objected to the film’s lack of originality and lapses in logic, the combination of grand visual spectacle and crowd-pleasing storytelling proved irresistible to audiences, resulting in an international smash hit. 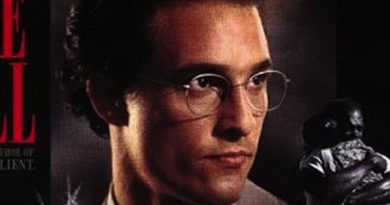