Lawrence Kasdan is a filmmaker that achieved mainstream success with 1983’s The Big Chill, yet it is Grand Canyon that serves as the masterpiece in this underrated directors’ film cannon. Influenced by the storytelling of Altman, that would later serve Paul Thomas Anderson and Paul Haggis, Kasdan and his wife Meg have crafted one of the great screenplays of modern cinema. Interweaving the lives of a dozen people living in various parts of Los Angeles over the course of a summer, Grand Canyon is a deft and sometimes mystical look at society and our relationship to one another as a civilization.

The film begins ominously as the Kevin Kline character gets lost leaving a Lakers game and ends up in a rough neighborhood. His expensive car breaks down and while waiting for a tow truck, he is confronted by a group of young men that have bad intentions on the mind. In the midst of this Danny Glover arrives playing the truck driver and he somehow gets Kline out of this dangerous situation. Leading to an unlikely friendship between the two men that has implications for both far beyond their wildest comprehension.

There are too many story threads and surprises to divulge here, the movie works best with limited knowledge of the events. I would like to point out a career highlight performance from Steve Martin as a Joel Silver-type producer, only interested in violent blockbuster escapism who experiences a brief epiphany when he is assaulted at gun point. It’s a riveting portrayal and goes overlooked when Martin’s dramatic turns are mentioned. Equally solid supporting work from the entire cast make round out the top-notch acting, each delivering their intelligent dialogue in a thoughtful way that never comes across as ‘acting’.

My only gripe is the inclusion (or exclusion for large chunks of the film) of the Mary-Louise Parker character. Her arc feels flat and forced, something that is foreign to the entire film and the final scene in which she finds comfort in the hands of a concerned police officer is too neat. This is a minor quibble for an otherwise near flawless movie that deserves to be seen by every cinephile or open-minded audience members. Silence of the Lambs may have taken home the Oscar for Best Picture, but Grand Canyon is the Best film of 1991, and on my list of top ten for the entire decade. 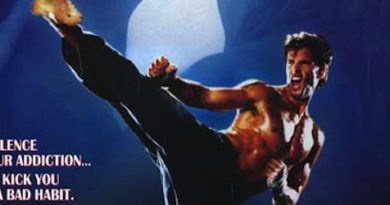