7 years after an attempted relaunch of the Superman franchise fizzled, with the lackluster Superman Returns, we are privy to yet another ‘re-imagining’. The latest incarnation of the mythology and character has all the whizz-bang special effects that a quarter of a billion dollars can buy, but lacks any semblance of humor and marches through its prolonged paces with little energy or interest. Taking its cues from Christopher Nolan’s The Dark Knight Trilogy, Man of Steel is a dark and brooding film that strips the Superman tale of momentum and vibrancy. Even the infamous red/blue suit has been given a muted makeover.

The film starts as the original did, back on the planet Krypton. Where a warring military faction is threatening a coup against the political leaders. Jor-El (Russell Crowe), is an uncommonly smart man with a haunting premonition that an apocalypse is bearing down on his once peaceful and harmonious planet. He makes a decision to send his lone infant son, Kal-El across the cosmos. Jor-El’s nemesis General Zod (Michael Shannon), a military leader and head of the upstart insurgent movement, is caught and sentenced to exile in a purgatory known as the phantom zone. All of this plays out awkwardly, with actors making loud proclamations instead of delivering relevant dialogue. If I caught it correctly, Zod instructs his henchmen to “Concentrate fire on main door.” That’s right out of the George Lucas non-sense babble playbook, so it may seem fitting that this Man of Steel is as lightweight as the Star Wars prequels.

Writer David S. Goyer has decided to take a non-linear approach in the second act. Allowing us to meet Kal-El (Henry Cavill) as a grown man, while flashback sequences of his childhood help explain how the principles of the man were built. It’s a clever way to skip past the teen-age years and get on with the Superman sequences, that we all expect from a movie titled Man of Steel. A central problem inherent with the franchise is that Kal-EL/Superman is a bore, he’s a nice-guy loner carrying a big secret and a lot of animosity for not being appreciated. His lone source of companionship arises in the form of snoopy reporter Lois Lane (Amy Adams). A journalist so intent on breaking the Superman story that when her home paper, the Daily Planet won’t run the story, she leaks it to the internet bloggers personally. Nice touch.

Before long Zod has been released to Earth and is demanding the presence of Superman. Spurring the government to action, they locate and attempt to incarcerated Kal-El. For a moment, the script sets up a scene between Superman and Lois that we think will be the heart of their story arc. Yet, things are interrupted by the rampaging General Zod and his foot soldiers. All for the better, since there is zero chemistry between Henry Cavill and Amy Adams. In fact, most of the film is miscast. Costner is magnificent in his short bits of screen time, recalling the equally majestic performance of Glenn Ford and Cavill makes for a great Superman. But virtually every other role from Russell Crowe’s Jor-El, down the line to an out-of-place Laurence Fishburne as Perry White are not right.

Not all is awry in Man of Steel, in fact when it’s good, the film borders on fascinating. Unfortunately those ‘awe’ moments, so plentiful in the original (and even Nolan’s own Batman Begins) are sorely missing. Form the standpoint of technical attributes, Man of Steel is extremely well made and produced. The lavish action set-pieces are well handled and linear, not a jumbled mess of movement and colors, like other superhero flicks. Although, I’ve reached my limit or tolerance for seeing cities decimated by catastrophic events. It was novel back in 1996, today its redundant. With no less than five more tent-pole action films awaiting me this summer season, each complete with epic destruction throughout their trailers, I seem to be in no such luck. 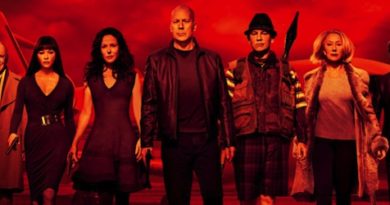