Michael Ironside is one of the most recognizable faces in movies, having appeared in over 100 films in a career spanning nearly forty years. After having played bit parts or villains in many movies, Ironside wrote himself a lead role and was given the opportunity to direct Blood Money a.k.a. The Arraignment. The actor’s effortless on-screen presence does well for the picture, which is otherwise just so bland that nothing distinguishes the movie from a television episode of Law & Order.

The credit scene depicts a drug deal gone awry, when a third-party ambushes the desert meeting place, blasting both sides and making off with the loot and drugs. Detective Connor (Michael Ironside) shows up on the scene with his partner Peter (Currie Graham) and are surprised to discover that the deceased are underworld assassins. Then we meet Candy (Lori Petty) a feisty stripper who befriends the new girl on the job, not knowing she is an undercover cop setting up a sting. While the girls are out for a smoke their boss is killed by hit-men from the local gangster, for reasons that are sketchy at best. You’d think this is enough of an inciting incident to propel the story but, you’d be wrong. Ironside working as the writer, then makes Candy a witness to a second murder, once again by smoking a cigarette.

Now the seemingly tough girl is vulnerable to corrupt elements within the police force and worse yet, she’s in the Mafia’s cross-hairs. Candy is the only eye-witness alive who can implicate, the vicious crime lord who murdered her boss and friend. Matters are needlessly further complicated by an unclear back-story between Candy and Connor’s partner Peter. The two were lovers as teenagers, but Candy harbors a deep resentment for Peter’s unfaithfulness. Getting the girl to trust the detectives is only half the struggle as keeping her alive.

I would be completely indifferent to Blood Money if it weren’t for lead actress Lori Petty. Her off-balance approach to screen acting is like a cross between Patricia Arquette and Bob Goldthwait, I loathe it. I find Petty obnoxious in every sense, when she can contain her antics we get Point Break or A League of their Own, otherwise it’s Tank Girl type atrocious. Maybe Ironside liked her ‘method’ approach, she does hit a few notes right, but I couldn’t help wish someone else was in the role. Regardless of casting Blood Money is a very routine run through the paces of the well-worn police procedural, with writer/director/star Michael Ironside on the side-lines to Currie Graham’s character. It’s dangerously close to a bait and switch. 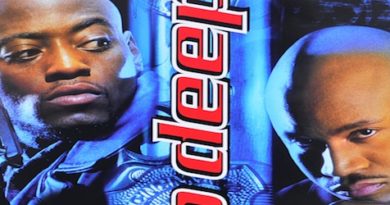 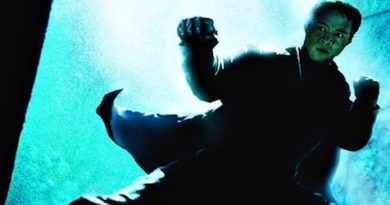