Bloodfist V: Human Target holds together surprisingly well for the fifth entry in a series of B-movies that aren’t exactly renowned for their narrative cohesiveness. Typically the fourth sequel is a desperate last trip to the well, but the thing is that this particular low-brow franchise started off on shaky ground and has found its footing with each successive outing. The key to success may be in the ever-changing world that each new installment brings, the only consistent from sequel to sequel is lead Don “The Dragon’ Wilson and although there are nine ‘official’ follow-ups he has yet to portray the same character twice.

Former Kickboxing champion Wilson stars as undercover FBI agent Jim Stanton. Ambushed and left to die, Stanton’s life is saved but his memory has been erased along with the knowledge of whom to trust in a deadly game of international espionage. Cut-off from the agency and his gangland contacts, Stanton is assumed to be a double agent, now both sides want him dead. Relying on the aid of a prostitute Jim must fight his way out of harm to find the truth about his identity.

Roger Corman’s popular martial arts saga looks crisp and the production detail is levels above previous entries. Riding an outstanding score from composers David & Eric Wurst, this fifth installment really hits its stride making for a relaxing and enjoyable experience without being cheap and uninspired. The story as previously mentioned works because of the clarity in visual and narrative storytelling. Special mention of the late Steve James (American Ninja 1,2,3,4) who is always a welcomed sight. Human Target is one of the best in the mostly mediocre Bloodfist series, and without a doubt one of Wilson’s best in a career filled with few gems. 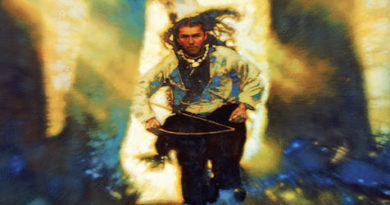