San Andreas is the kind of blockbuster that plays better as an air-conditioned reprieve from the hot June weather. There is something both nostalgic and appealing about escaping the summer heat inside the confines of a cool auditorium showing a ‘disaster’ picture like this. This earthquake themed action film would have been right at home in the 1970’s under prolific producer Irwin Allen. There is plenty of mayhem, CGI destruction and engaging action set-pieces to warrant a recommendation. Sequel potential is non-existent unless Dwayne Johnson takes on Tornadoes or Hurricanes next.

Mesomorph Johnson stars as Ray Gaines a helicopter pilot who works as an emergency recovery specialist. An opening sequence is smartly executed and sets up the genuine thrills that follow for the next 90 minutes or so. This beginning set-piece is reminiscent of the opening of Stallone’s Cliffhanger, though it doesn’t contain that sequences’ sense of terror. Then the movie goes into full disaster mode. An idyllic California day is disrupted by a massive 9.0 earthquake that literally tears the state in half. The Earth cracks open and swallows buildings and people from L.A. to San Francisco. This turns out to be the largest earthquake in recorded history and the aftershocks prove to be just as dangerous.

The first half of the film showcases Los Angeles’ total destruction and Ray Gaines’ attempts at saving his estranged wife (Carla Gugino) from a high-rise. Together they then navigate their way through the destruction and looting up the coast to S.F., where their daughter (Alexandra Daddario) is stranded in the crumbling city. Oh, and did I mention that a tsunami has also causes the bay to flood and drown thousands of people? But, hey all is good, because Ray Gaines and his family have escaped the devastation relatively unscathed. Paul Giamatti plays a scientist from Cal-Tech who warns of the impending danger to no avail until things get real.

Look, San Andreas is a get what you came for kind of experience, those prone to complaining about realism in ‘escapist’ pictures are going to find a lot to gripe about here. Others with the gift of suspension of disbelief and I.Q. points will find a solid summer popcorn flick and a breezy two hours in a theater at iceberg temperatures. Welcome to the joys of summer moviegoing. 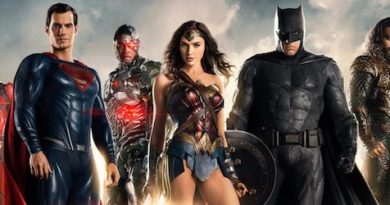 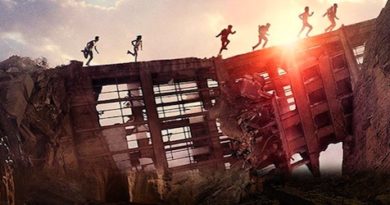