Black Sheep is remembered by most film buffs as the infamous film that esteemed film critic Gene Siskel walked out on. During their television program, Siskel & Ebert, Mr. Siskel stated that the film was clearly unwatchable and so lazy in its writing,direction, and acting that he couldn’t tolerate another minute. While I agree with the argument, I’ve seen much worse, lets not forget that Bio-Dome was released just a few months prior, and Chris Farley’s hard work to please produces, at least, a few chuckles.

After the unexpected critical and commercial success of Tommy Boy, Paramount studios rushed Black Sheep into production to capitalize on the rising stardom of Farley. In the annals of post-SNL careers Chris Farley was poised to have a Will Ferrell type career. As we all know that was not to happen. The handful of films he left behind are wildly erratic in quality. Unfortunately, Black Sheep is a poor product that is only valuable for its glimpse of Farley in his comedic prime, just a few years before his demise.

Mike Donnelly (Chris Farley) is the near-do-well brother of Gubernatorial candidate Al Donnelly (Tim Matheson). After an embarrassing incident in which Mike crashes into a theater while Al is delivering a speech nearby, the campaign manager suggest that lowly aid Steve Dodds (David Spade) baby-sits Mike. The two retreat to the woods, there they encounter hostile weather conditions, aggressive animals, and a crazed woodsman (Gary Busey).

There is barely a story presented on-screen, and the leads don’t show the chemistry they exhibited in the far superior comedy Tommy Boy. Spade is particularly ineffective mining tired material for laughs. I counted two former Animal House actors in Black Sheep. This just serves as a reminder of a better comedy vehicle, one that Black Sheep wants to emulate in its attempts at sweet rowdiness. 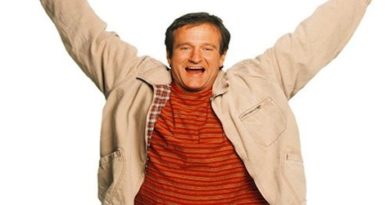 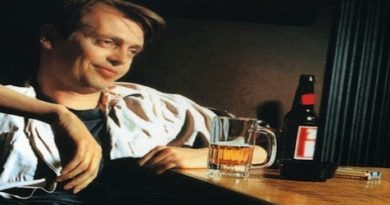