I’ve seen Batman v Superman: Dawn of Justice twice, and I’m still not clear on every plot development that transpires throughout. Unfortunately, this highly anticipated pairing of the most popular characters within the DC Comic universe is just as ungainly as its wordy title. This is an unwieldy epic that has moments of cinematic exuberance and others that display the current weakness of the over-saturated genre. Still, the visual style and filmmaking verve of director Zack Synder often off-sets the films shortcomings.

Acting as both a direct sequel to Man of Steel and as the first entry in Warner Bros. attempt to launch a multi-picture project in the vein of Marvel’s properties, Batman vs. Superman is both over-stuffed and too simplified. The story buckles under the requirements of a studio mandated checklist to set-up future developments, the inclusions feel inorganic and largely foolish, but a few scenes serve as a glimpse of what could have been, if the story had stayed true to its themes.

My second viewing experience exaggerated both the strengths and weaknesses of the film. It’s rousing score is both majestic and over-bearing, particularly Wonder Woman’s theme. The visual compositions are often staggering, and the addition of Ben Affleck to this world lends acting cred and gravitas. A brilliant opening prologue, sets a high-bar that the film isn’t capable of sustaining. Batman v Superman: Dawn of Justice dazzles the eyes and thunders through the ears, but never engages the mind or emotions into caring about anything happening on-screen. 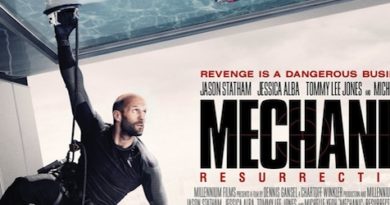