The rebooted Ghostbusters film has arrived in theaters riding a wave of negativity. The internet has been ablaze for months over the casting, the poorly received first trailer, and the idea that the 1984 original is a masterpiece. So, let me state that the 2016 movie is better than I expected but it’s clumsiness and anti-male sentiment gives the film an off-beat vibe. Ranking the new Ghostbusters as not much of an improvement over the cynical cash-grab sequel from 1989. This is a faithful homage/re-imagining that manages to blend its special effects with sporadic laughs for a spirited and entertaining, but disjointed movie-going experience.

Of the four comedians that make up the ghost fighting squad only Kate McKinnon and Leslie Jones are stand-outs. Melissa McCarthy is only allowed to let loose on a few occasions, including a very funny sequence in which her character tests out the newly developed proton packs. That leaves the unfortunate job of straight-man (or lady) to Kristen Wiig. Murray made that role an everyman, a non-believer who was essentially standing in for the audience, Wiig is so subdued that she becomes lost in the loud theatrics of her co-stars.

Apparently, I didn’t realize the cultural impact that Ghostbusters still holds. Whenever a former member of the squad appeared in a cameo, the audience erupted in cheers and applause. Never-mind that those star-studded drop-ins are throw aways that do nothing for the film, or that it invites comparisons to the original crew. The nearly slavish devotion to the 1984 film is both the strength and weakness of this 2016 version. 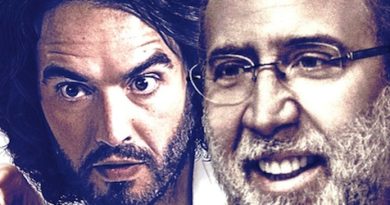