Mars Attacks! credits over 25 ‘name’ actors and actress amongst its cast. The familiar faces in virtually every role makes for a fun (at home) drinking (or smoking–its California) game, slam one back every time a ‘star’ appears and you’ll be shitty before the Martians show up. Tim Burton’s love for 1950’s science fiction films continues with Mars Attacks!, an uneven homage/comedy that never quite achieves the right ratio of laughs-to-oddities to make its wacky formula successful. This film is many things and lacking many others, but boring it is not.

Martian space saucers have appeared in the skies above Washington D.C., President James Dale (Jack Nicholson) welcomes the alien visitors with a peaceful gesture, but the green invaders zap the audience with their ray guns and return to their vessels hovering above the city. The events send a shock wave throughout the world, but the story focus on three families: The Presidential First family, A former Boxer (Jim Brown) in Las Vegas attempting to reunite with his estranged clan, and a Kentucky family who’ve lost a son to the attacks.

After reaching the pinnacle of commercial success with Batman and critical success with Ed Wood, Burton regresses to the zany, offbeat, esoteric world of hipster homage. Mars Attacks! comes of as an all-star affair that was probably more fun to make than to sit through. The last and least of Jack Nicholson’s foray into the manic filmmaking style of Tim Burton. Danny Elfman’s outer-worldly score sounds awfully similar to his latter work on the MIB series. 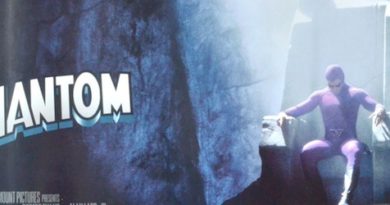