Is there a more improbable screen pairing than action icon Dolph Lundgren and Oscar winner Louis Gossett Jr.? They appeared in not one, but two films virtually back-to-back. Cover-Up is the second film to feature both men in starring roles. It’s a low-key military drama that is brief on action and heavy on melodramatics. Today, this type of plotting and execution wouldn’t make it as an episode of NCIS, but for the early 1990’s it was worthy enough of a low-budget B-movie.

Dolph Lundgren is Matt Anderson, the fittest journalist you’re likely to ever see. He’s a reporter for the Los Angles Post who’s been assigned to cover a story in Israel. A terrorist group has attacked a U.S. military base and stolen a powerful nerve toxin capable of mass destruction.

Maybe it’s unfair of me but when I see Lundgren in a film I expect to get an ample amount of action scenes. That’s not the case with Cover-Up. This role is suited for different actor not a beefcake who looks more comfortable with swords and shotguns than emoting and spouting monologues. Cover-Up is a stretch for lead actor Dolph and for his fans. It’s just too inconsequential and unmemorable to be included amongst Lundgren’s better movies. 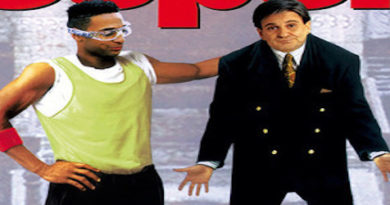