Taking on a Jim Jarmusch film is a lot like reading an abstract poem. Often the theme is hidden between the lines, the passages don’t always rhyme, and overall the whole experience feels like an exercise designed to confound. Jim Jarmusch’s Patterson possesses these same qualities, to its benefit and detriment. The film’s laconic dreamlike vibe will likely turn off most unforgiving audience members, but the picture is sprinkled with interesting moments, even if they never fully congeal.

Paterson (Adam Driver) is a bus driver in the city of Paterson, NJ.. He spends his days managing the route that he slavishly shows up for every day at precisely the same time. Paterson is an unconfident poet, who won’t share his work with anyone. His artistically minded girlfriend Laura (Golshifteh Farahani) urges him to make copies of his work instead of keeping a secret notebook. Plot isn’t necessarily integral to any Jarmusch picture. It’s about the deviations and themes. Describing the storyline any further wouldn’t do the film any benefit.

Paterson is a film of vignettes, and doesn’t resonate in the same manner that Jarmusch’s better work does. But it also represents a confident and seemingly calculated attempt to make the most commercially viable project from one of the great indie talents of the last thirty years. Adam Driver, who I found irritating in Scorsese’s Silence, similarly under-plays his minimalist role here, and it works for this introspective character. There is a lot to admire in Paterson, but not enough to justify its running time, or give it a recommendation. A near-miss for the always off-beat Jim Jarmusch. 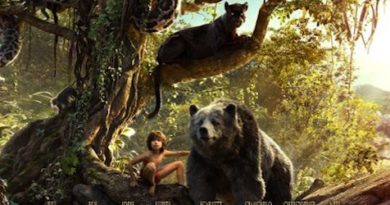