I, Tonya is carried by solid direction, excellent writing, and spot-on casting. At the center of the film is a magnetic performance by Margot Robbie, who is a shoe-in for Oscar consideration based on her astonishing work here. Robbie fully embodies the skin and essence of Tonya Harding, creating a sympathetic and believable person who may not be as complicit in the Nancy Kerrigan attack as we thought. All the recent hype over Margot Robbie becoming the ‘next big thing’ is finally deserved, as her portrayal of Harding is a signal that an astonishingly talented actress lies embodied within the stunning beauty.

Tonya Harding (Margot Robbie), emerges from a broken home and abusive relationship with her emotionally disconnected mother, LaVona (Allison Janney), to become one of the finest figure skating competitors in America. Most remember the athlete for her involvement with ex-husband, Jeff (Sebastian Stan), in a disastrously plotted attack on her rival Nancy Kerrigan. This despite the fact that Harding became the first American female to complete a triple axel in competition. The incident with Kerrigan in 1994, derails Tonya’s career and turns her life into tabloid fodder for decades.

Director Craig Gillespie has infused his film with an energetic verve that vibrates through the often humorous and sometimes disturbing tale of dysfunctional family relationships run amok. Robbie plays Harding as a damaged, tough, lying, and ambitious athlete, who continually felt that she was dismissed due to her poor upbring and low-class standing. Allison Janney is excellent as Harding’s chain-smoking, cynical, and abusive mother. The film does an outstanding job of not passing judgment on its manipulative multiple narrators. It leaves the viewer with the task of deciding whose version of the events is accurate. 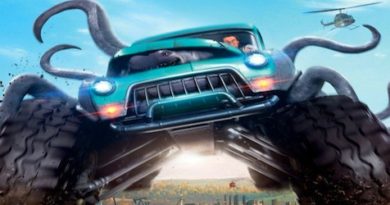