Jada Pinkett Smith radiates such warmth, charisma, and sex appeal that it’s hard to watch her drown on-screen trapped portraying an ugly, vicious, and mean-spirited character inside the awful would-be comedy, Woo. The title character is one of the most obnoxious screen creations of in memory. The writers and filmmakers have concocted a female character that is supposed to be irresistible to men but her attitude and sassy behavior are so off-putting its a wonder that anyone could stand being in her company, the audience included.

Woo (Pinkett Smith) is a bratty, arrogant party girl who can’t seem to find Mr. Right. Then her psychic tells her she’s about to meet her match, so she takes a chance on a blind date with Tim (Tommy Davidson). He’s a law clerk who is struggling to pass the bar exam and his mild-mannered demeanor is constantly the source of amusement to his trio of testosterone driven pals. Over the course of one wild night in New York City Woo and Tim get into a series of episodic situations that are as unfunny as they are clichéd.

Dave Chappelle technically co-stars in the film, but he is largely sidelined in an off-beat subplot involving his obsession with his girlfriend and chicken. The script for Woo must have contained something to attract this talented cast to the material. But the product on-screen is a blunder from start to finish. Despite the shinning charisma of its stars, the movie becomes a chore to get through even at a scant 80 minute running time. 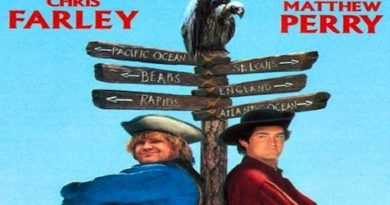