Mystery Men bombed during its brief theatrical run during the summer of 1999. But, I believe that the movie would have fared much better if it had debuted in the summer of 2019, instead. With the overwhelming number of superhero films being thrown at audiences on a monthly basis this parody of the genre and it’s trusty troupes may have found success in those burnt out on the deeds of these magnificent heroic specimen. The film features A-list talent and the production design seems inspired by the Schumacher Batman pictures, but instead of unintentional laughs, Mystery Men produces a high number of genuine chuckles. That’s not to say the film isn’t peculiar in its own right. The direction can be sluggish in spots and the movie overstays its welcome by about twenty minutes. But the loving skewering of the genre seems fresher today than it did two decades ago.

Champion City is protected by a dashing superhero, named Captain Amazing (Greg Kinnear). He’s so good at his job that he’s vanquished every criminal within the city limits. This leaves Captain Amazing without a nemesis to do battle with. So he writes a letter recommending parole for his most formidable foe Casanova Frankenstein (Geoffrey Rush). That way Amazing will be able to recapture the dastardly villain and remind the city’s population that Captain Amazing is the premiere superhero of the day. But that doesn’t deter the Mystery Men, a squad of seven quirky amateur crime-fighters, who are forced to act when Captain Amazing is captured by Casanova Frankenstein (Geoffrey Rush). The eccentric group, led by Mr. Furious (Ben Stiller), sees this as an opportunity to prove themselves worthy of the title of superheroes.

Mystery Men is certainly not for all tastes. It’s often juvenile and the movie has the buzz of a big-budget production run amiss. However, the capable cast does good work within the confines of their off-beat characters. And by the film’s end, the weird line-up of misfits have become endearing. 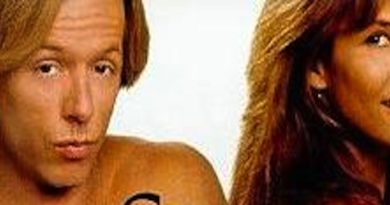