Desperate Measures starts out with a preposterous scene and then continues to ratchet up the absurdity until the movie becomes so outlandish that it starts to take on a comical aspect. This surely wasn’t the intention of the filmmakers or cast, who are wasted working with sub-par material below their collective talent level, but the resulting film is impossible to take seriously.

Andy Garcia is Frank Conners a San Francisco police officer but he’s also a desperate father to a 10-year-old boy. Conner’s son Matt will die unless he receives a bone marrow transplant. The only living match is with convicted killer Peter McCabe (Michael Keaton), who agrees to a deal with C to save the boy’s life. Unbeknownst to Conner is that McCabe is planning a jailbreak from the hospital before the procedure goes down. This creates a cat and mouse chase movie in which Conner and law enforcement figures stalk McCabe but can’t kill him because his marrow would become useless in minutes.

There are some interesting moments scattered throughout the film. But the loose regard for logic, physics, and legal protocol makes this an utterly unbelievable thriller. Keaton does fine work given the narrow perimeters of his character, while Garica is just serviceable in his role as the hero. The most glaring inaccuracy in a movie filled with them is that while the film is set in San Francisco the film was clearly shot on the east coast. 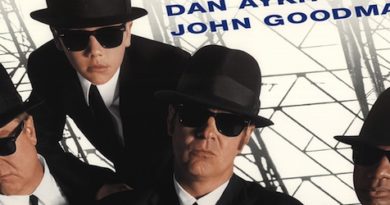