Director Ang Lee has once again proved that at this stage in his career he’s only interested in providing cinematic experiments over good ole’ fashioned, low tech, storytelling. Gemini Man is a mediocre film with a high-concept premise, a large budget, and a charismatic movie star in the lead and promptly wastes all three assets. The much-hyped showdown between the old and young versions of Will Smith is silly and undone by sometimes off-putting CGI work.

Henry Brogan is a retired 51-year-old assassin who’s ready to spend his days on a pleasure boat fishing the calm waters. His retirement is short-lived when he becomes the intended target of a dangerous shadow operative who can seemingly match Henry move for move. Brogan soon learns that the man who’s trying to kill him is a younger cloned version of himself, and the older version may not be enough to stop the determined and skillful young man.

Gemini Man brings up some interesting ideas but the script doesn’t take the time to explore these intriguing elements. Clive Owen’s character is one-dimensional and the film suffers by overlooking his motivations. This is to focus on the sensational aspect of the project which is the CGI gimmick of showcasing two versions of Will Smith battling. Gemini Man had the potential to at least be an amusing throwback with modern era tech, but the resulting film is a repetitive and derivative picture that only distinguishes itself through the work of digital artists. 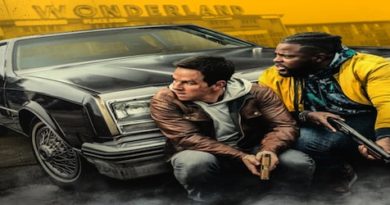