Godzilla is the underwhelming follow up film from director Roland Emmerich (and co-scripter Dean Devlin) after their smash hit Independence Day. This is a belabored, bloated, and un-inspired reimagining of the Japanese films that featured the venerable monster of the title. The visuals are sometimes awe inspiring but the script, when focusing on the humans, is unoriginal and full of idiotic dialogue. When the big green lizard isn’t on-screen the movie becomes a bore. Matthew Broderick is miscast in the lead role and, frankly, looks bored as well. The only interesting person in the entire film is a Frenchman played by Jean Reno.

During a nuclear test, the French government inadvertently mutates a lizard nest; years later, a giant lizard makes its way to New York City. Dr. Niko Tatopoulos (Matthew Broderick), an expert on the effects of radiation on animals, is sent by the U.S. government to study the beast. When the creature, dubbed “Godzilla” by news outlets, emerges, a massive battle with the military begins. To make matters worse, Niko discovers that Godzilla has laid a nest of 200 eggs, which are ready to hatch.

The first hour of Godzilla is entertaining and continually flirts with becoming a crowd-pleaser, but then the movie gets bogged down in a love-story that doesn’t work, and then rehashes (to lesser effect) bits from Spielberg’s Jurassic Park flicks. The movie takes place almost entirely at night and in the rain. So, very quickly the visual aesthetic grows ugly and adds to the over-all dour tone of the film. Despite some top-notch visual effects work, this version of Godzilla is a water-soaked dud. 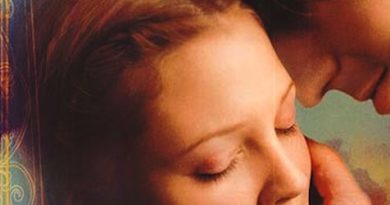