In television dads are kings. Some shows they are the good-guys, in others the bad-guys. Either way they are more often driven to their actions out of love and protection. Father roles are frequently used to move the story along, inject some much needed drama and add a strong moral center for the main character. One things for sure, show creators love dads. But what happens when their sons and daughters are all grown up? Here are just a few supporting dad roles that deserve to be spun off into their own shows. Let us know who you thought was left out. 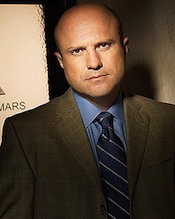 Keith Mars (Enrico Colantoni) – Veronica Mars
Father to the Nancy Drew type sleuth Veronica Mars, Keith is a brilliant private investigator. The death of his daughter’s best friend brings them together as they solve the puzzles to the crime. A strong character, but his bark is worse than his bite. Keith knows when to flex his muscles and when to back off. He’s taught Veronica everything he knows, and that goes beyond simple detective work.

But what happens to Keith when Veronica moves on with her own life? Who wouldn’t want to continue watching as he runs Mars Investigations, hunting down the bad guys and saving the day? We’ll need some new blood, and luckily Keith will need a new assistant to fill Veronica’s shoes. There’s plenty of evil doers in the Neptune universe, and only one man can put them behind bars. While not as cool sounding as Magnum, Mars, P.I. would be interesting to see.

Sandy Cohen (Peter Gallagher) – The O.C.
Sandy lives in the rich town of Newport. Being that he married into money, he doesn’t exactly fit in. He was once a public defender and considers himself a champion for the little guys. His son Seth is out of place in this world as well. That is until Sandy adopts troubled teen Ryan Atwood. Sandy teaches the boys right and wrong and they often come to him for advice. Throughout the show Sandy makes his own mistakes, and just as he does for his sons, they call him out on it. He tries to lead by example but can make bad decisions, which makes him more fallible and real. Of course he always rights his wrongs.

Now that his kids have moved on Sandy goes back to the the public defender’s office. He helps troubled people of all different types, while struggling with his own blessed life. Standing up for those that haven’t had his good fortunes, but always knowing when to take a surfing break and crack wise in the courtroom. I for one could watch Peter Gallagher tell it like it is once a week in Sandy Cohen: Public Defender. 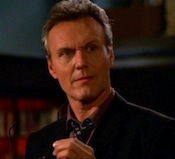 Rupert Giles (Anthony Head) – Buffy the Vampire Slayer
Rupert Giles may not be a real dad in Buffy the Vampire Slayer, he is more of an acting father to Buffy and her band of misfits (or “Scoobies” as they call themselves). He provides them not only with the information they’ll need to defeat the evil at hand, but also with how to deal with personal issues. This rag tag family is brought together by chance, as Buffy is the slayer, and not by choice. But they stay together out of friendship, loyalty and love. Giles has a dark past in which he earned the nickname “Ripper” and as Buffy’s watcher he will do everything in his power to keep her safe.

The series Ripper is actually possible. Buffy show creator Joss Whedon has been talking about bringing this to life for years. The show would center on Giles’ return to England and was described as “in the tradition of classic English ghost stories”. Whedon has said that it is more likely this will turn out to be a 90 minute made for tv movie rather than an entire series. The BBC are ready to roll on it, but with rights issues on the character looming it may never come to be. 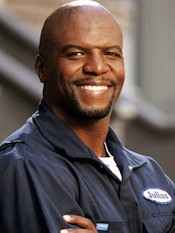 Julius Rock (Terry Crews) – Everybody Hates Chris
Don’t let his bulky exterior fool you, Julius may look like brawler, but his heart is bigger than his biceps. That doesn’t mean that he’s above cracking a few heads for his family. His son Chris is a bully’s dream – skinny, naive and a genuine scardey-cat. But with his father by his side he is invincible. Julius may be a penny pinching money maniac, but he always wants the best for his family. Working two and sometimes even three jobs at a time to put food on the table. He’s not always happy with how his children behave, or the trouble they cause him, but he’s always proud of them.

In the new spin-off, Julius has won the lottery. This doesn’t mean that he’s not done tallying up all of his wife’s spending. He doesn’t let the money go to his head, and in a Beverly Hillbillies type setting he has uprooted his family and moved to the west coast. Movie stars and swimming pools. What kind of mischief will his family get into? What will he do with all his new found free time? Find out in Julius: When in Rome. 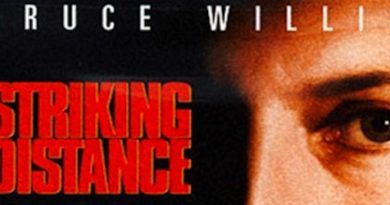 4 thoughts on “TV Dads That Deserve Their Own Shows”