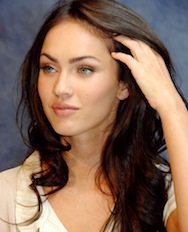 Michael Bay just won’t let this Megan Fox thing drop. Now he’s told the real reason why she got axed to GQ, and it’s what everyone already suspected.

She got fired for comparing Bay to Hitler in Wonderland Magazine back in 2009. This sounds far more right than how she tried to spin it, telling everyone that it was her idea to leave.

He’s like Napoleon and he wants to create this insane, infamous mad-man reputation,” Fox told the magazine. “He wants to be like Hitler on his sets, and he is. So he’s a nightmare to work for but when you get him away from set, and he’s not in director mode, I kind of really enjoy his personality because he’s so awkward, so hopelessly awkward. He has no social skills at all. And it’s endearing to watch him.

Bay had this to say about it:

I wasn’t hurt, because I know that’s just Megan. Megan loves to get a response. And she does it in kind of the wrong way. I’m sorry, Megan. I’m sorry I made you work twelve hours. I’m sorry that I’m making you show up on time. Movies are not always warm and fuzzy.

Shia LeBeouf recently talked to the LA Times about the situation on set:

Mike films women in a way that appeals to a 16-year-old sexuality. It’s summer. It’s Michael’s style. And I think [Fox] never got comfortable with it. This is a girl who was taken from complete obscurity and placed in a sex-driven role in front of the whole world and told she was the sexiest woman in America. And she had a hard time accepting it. When Mike would ask her to do specific things, there was no time for fluffy talk. We’re on the run. And the one thing Mike lacks is tact. There’s no time for [LaBeouf assumes a gentle voice] ‘I would like you to just arch your back 70 degrees.’