If twenty years ago you had suggested that Robert De Niro and Eddie Murphy would headline a comedy. Particularly if said film was a PG-13 rated satire of reality television. You’d have been thought to be crazy. Unfortunately thats just the cinematic gift audiences were graced with in the fall of 2002. That Showtime was a dud at the boxoffice was no surprise, that Murphy then escaped back to children’s film territory was the biggest fallout of this strange pairing.

Murphy is still likable when he’s allowed to play on an adult level. For too long he has wasted his considerable talent and charisma in low brow family films. Here he is similar to the Murphy archetype of past; brash, enthusiastically uniformed yet capable. If Murphy can be accused of playing into his safe zone than De Niro is just as guilty. The Oscar winner sleepwalks through this one alternating between two facial expressions; deep annoyance and exasperation. It’s depressing to behold that none of the considerable comedic timing he displayed in Midnight Run and Analyze This have made it into this performance.

The writing isn’t very strong despite the distinguished names of Alfred Gough and Miles Miller on the screenplay. Instead of giving De Niro a real character the writer give him a ‘cute’ quirk in this case pottery. Showtime isn’t awful it’s competently made by a team of talented craftsmen. This makes it all the more infuriating that they went through such effort to produce such a mediocre picture. Production values are good with particularly impressive cinematography and set design. Rene Russo is wasted in small role as the producer of the television series. The entire cast deserves better material to work with. Believe it or not this was at one time considered as a starring vehicle for Will Smith. 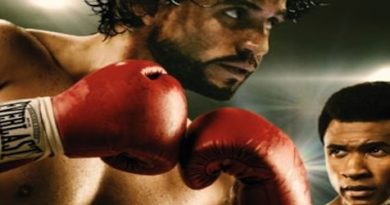