Music has been an essential to movies since the silent era. Since then, ingenious Hollywood composers like John Williams, James Horner, and Alfred E. Newman have defined the musical vocabulary of film. It’s hard to imagine our favorite movies without powerful music. 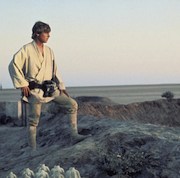 The best movies have the most memorable characters, and the music can be as important to portraying a character as the actor. The right music can impose a powerful emotional interpretation of what a character is going through. Consider the longing in John Williams’ score in Star Wars as Luke Skywalker looks off into the twin-sunset and thinks about his future. The right music gives a character an emotional dimension not possible in other media, giving the audience insights into a character’s inner life. 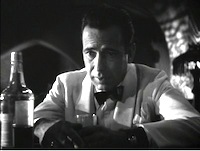 Some of the most successful films give characters impossible choices, and music can stir that pot better than almost anything. Throughout the film Casablanca, composer Max Steiner used musical quotes to drive home the contradictory desires of the characters. Rick wants Ilsa back, but he’s stung by the bitter memory of when she abandoned him with no explanation–a powerful conflict cued by a musical quote from “As Time Goes By” in a bitter-sounding minor key. Ilsa regrets having to leave Rick to help her husband, whom she had thought to be dead. She’s still attracted to him, but is devoted to her husband’s important work for the French underground, a conflict alluded to by musical quotes from “La Marseillaise” as she tries to pull herself from Rick’s embrace. 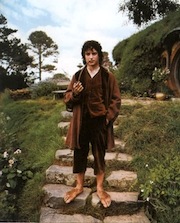 Settings in movies are so much more than sets and a location. The setting creates an emotional landscape for the film. Music can invoke a setting that’s important to the audience and the characters without showing the setting or even mentioning it in the dialog. As Frodo in Lord of the Rings makes his way to Mount Doom, composer Howard Shore reminds us of the happy existence Frodo left behind with just a few notes of the Shire theme.

When the music rises in a score, it’s understood that the character can’t hear it. Incidental music adds ambiance to a scene, but it also helps advance the story. In Chariots of Fire, Harold Abrahams explains to his friend his motivations to succeed as a Jew in a Christian, Anglo-Saxon culture as they walk through a cathedral at Cambridge. Meanwhile, a boys choir in the cathedral is practicing a soaring, medieval piece, invoking the ancient, dignified culture Abrahams is determined to prove himself worthy of. 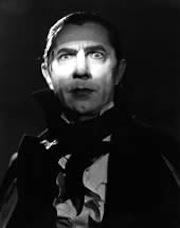 In many early films, studios frequently re-purposed classical music in the public domain with dramatic themes. The classic 1931 film Dracula with Bella Lugosi made effective use of excerpts from Tchaikovsky’s Swan Lake to underscore the sense of awe and terror when the Count’s true nature is revealed.

But using existing music for a film can still be used to do everything from heightening drama to instilling a sense of fun in a scene. In the 2009 film Star Trek, we’re introduced to an adolescent James T. Kirk to the sounds of “Sabotage” by the Beastie Boys, underscoring Kirk’s devil-may-care personality.

These are just a few of the ways music has made the best movies of all time memorable. But the music is so much more than a nice addition; music is the emotional language of the movies.

Maria McDonald is a choir director and also loves to write content for Christmas sites. Her choir starts practicing Christmas Songs in early October and she recommends christmassongs.org for lyrics of all the traditional songs.