Writer/Director Ron Shelton brings his gifted screenwriting abilities to another sports themed comedy. After reaping the rewards of a fruitful collaboration with Bull Durham and it’s star Kevin Costner, Shelton has again sought out the actor. This time he plays the role of Roy ‘tin cup’ McAvoy, an immature, driving-range pro with little life experience but a lot of talent and heart. Tin Cup is overly long by about twenty minutes, but Shelton’s ear for fresh dialogue and smart characters keeps interest throughout.

Roy McAvoy (Kevin Costner) was once a hot prospect on the golf circuit, but his immaturity and stubborn behavior cost him everything. Now, McAvoy spends his days in a half-drunken stupor, living on a bad diet and housed in a RV. The little money that does come in is from working as a golf instructor on a shabby range in the middle of no-man’s-land Texas.

Dr. Molly Griswold (Rene Russo), a psychiatrist who happens to be romantically involved with PGA star and Roy’s rival, David Simms (Don Johnson), becomes the object of both men’s affection. After he and Simms have an altercation on National Television, McAvoy decides to make a run for the U.S. Open, as well as Molly’s attention.

Costner is at his warmest here, playing a man-child with a deep seeded chip on his shoulder. The final act twist comes as a surprise because it doesn’t cop-out with a tidy ending, it instead presents a downbeat finale, that stays true to what we know about the main character. The last scene has McAvoy pondering if he’s learnt anything at all. Neat. 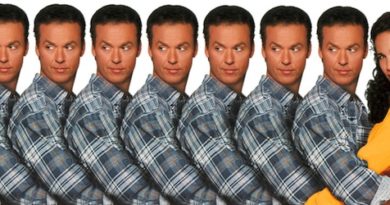