Heaven’s Prisoners is a movie that is constantly on the verge of breaking through and becoming a great movie, but instead becomes a mediocre one. This steamy crime thriller is based on the crime novels of author James Lee Burke. This neo-noir is set in the noir-centric city of New Orleans (is there any better place to set a sultry tale of lust, betrayal, and murder?) former homicide detective Dave Robicheaux (Alec Baldwin) is forced to return to the violent life that he left after his wife (Kelly Lynch) is victimized at the hands of local goons. When a plane crashes into the swamp waters of the bayou Dave saves the life of a young girl onboard the aircraft. The little girl is the sole survivor of the wreckage which was carrying illegal immigrants and a cargo load full of illegal drugs into the Unites States. Now, Robicheaux is caught in between federal agents and his drug running former friend Bubba Rocuqe (Eric Roberts).

There are a handful of quality performance in the picture. Baldwin and Roberts have a great chemistry and I wish the film had focused on their intriguing relationship and back story instead of the melodramatic quasi-love interest, a prostitute (Mary Stuart Masterson) with a heart of gold. The gloomy atmospheric world is fully realized in the hands of director Phil Joanou and his writers have given the characters interesting dialogue, but the film doesn’t go anywhere. The big scene in which the killer of Robicheaux’s wife is revealed plays like an epilogue instead of a climatic highpoint to the narrative.

As a fan of Joanou’s previous film’s, Heaven’s Prisoners is a frustrating viewing experience. The steamy setting and polished filmmaking make for a good-looking film that isn’t particularly memorable. Baldwin and the entire cast seems to be working hard for a pay-off that never lands. Heaven’s Prisoners tortured history from production to screen is probably to blame for the film’s faults, but in its current state the movie becomes labored and confusing by the end of its protracted 133 minute running-time. 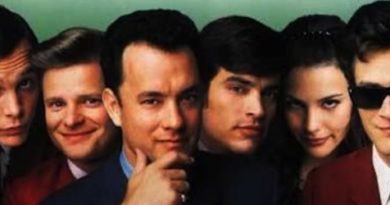