There is a bait and switch element to the Mama Mia! sequel that seems to split audiences into two camps. A certain main character is not present in the new movie, although he/she is widely used in the marketing materials, and that may hamper the good-vibe that the film constantly tries to generate and maintain throughout. This is an utterly unnecessary follow-up that plays as both a prequel and a sequel to the events that transpired in the first film a decade ago. The capable cast isn’t given much to do other than lip-sync to their pre-recorded lyrics and work on their collective tans.

The film starts 40 years ago in 1979. We meet a young Donna (Lily James) on graduation day from Oxford University. Now, she’s free to embark on a series of care-free adventures throughout Europe. On her odyssey, she makes the meets/ sleeps with and falls in love with Harry, Bill, and Sam. This comedic glimpse into Donna’s youthful promiscuity is interspersed with the present day, as Sophie (Amanda Seyfried) prepares for the grand opening of the renovated hotel and reuniting with her mother’s old friends and boyfriends on the Greek island of Kalokairi.

Mamma Mia! Here We Go Again isn’t a terrible film, in fact, it’s joyousness is infectious in spots, but the whole thing feels recycled. Proof in point–the biggest rise from the members at my screening was the ‘Dancing Queen’ bit that itself was the high point of the original and stage play. Lily James is absolute beauty and she is alone is enough to gaze at and pass the time, but the rest of the cast seems to be phoning it in. And poor Andy Garcia, who finds himself in yet another bad film in 2018, he deserves better. Actually, so do fans of Mama Mia! (2008). 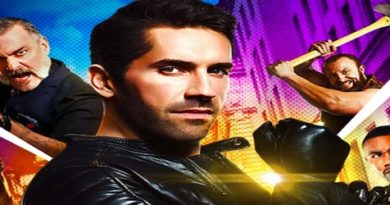 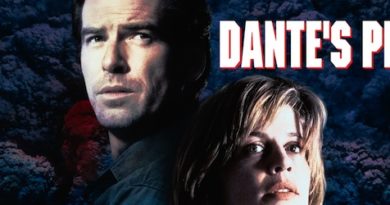