Laurence Fishburne receives top billing but the real star of Event Horizon is the wonderful production design. This is a good-looking film that contains not a single original idea. Everything from the visual style, to writing, and casting has been photocopied from other more prominent entries in the Horror/Sci-fi genre. Event Horizon rips its story from Solaris and it’s filmmaking technique from Alien. The overbearing score by Michael Kamen and the shock-jolt sound effects add to the film’s B-movie exuberance.

Seven years after it went missing, a spaceship sends a garbled signal back to Earth that sounds a lot like a cry for help. The Lewis & Clark, a rescue ship commanded by Captain Miller (Laurence Fishburne), is dispatched to investigate. However, their simple retrieval job leads to mass hallucinations and paranoid behavior amongst the crew. Slowly, the team of astronauts begins to realize the abandoned ship has a demonic spirit within its walls.

I actually prefer Event Horizon to the other Horror/Sci-fi film from 1997, Alien: Resurrection. I’d wager that director Paul Anderson got the gig for Alien vs. Predator based on his work (aping) that franchise here. Resurrection is a mess of a movie and outright dull at times, but Event Horizon manages to entertain while offering audiences exactly what’s expected. It’s difficult to recommend Even Horizon because it’s so derivative, but the craftsmanship below the line is truly a marvel. 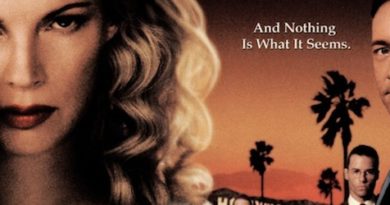 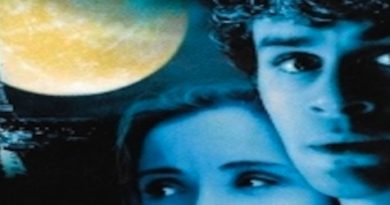