An intriguing premise and some nice action set pieces can’t save this cheap looking extremely hyper film. In the near future, game players control the actions of human prisoners trapped in an almost constant state of war. Unfortunately this just-OK action flick is a rip off of other better films such as ‘RUNNING MAN’. However it is a step up from the ‘CRANK’ series for the writing/directing team of Mark Neveldine and Brian Taylor. Michael C. Hall is appealing as a Bill Gates type who runs the game, but he disappears for long stretches of the running time. Gerard Butler deserves a better vehicle than this. 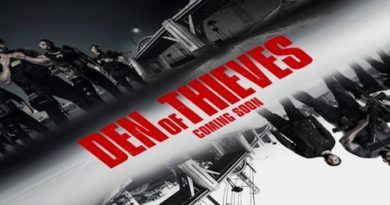