Uwe Boll is a well known and prolific movie director, writer and producer. Dr. Boll is best known for directing many feature films based on video games such as Alone In The Dark, BloodRayne, In the Name of the King: A Dungeon Siege Tale, Postal and Far Cry. He recently took a short break from his busy shooting schedule for the third film in the BloodRayne trilogy, Bloodrayne: The Third Reich, to speak with Movie Mavericks’ Jason Rugaard.

JASON: What films have inspired you?

J: You’ve made films in diversified genres ranging from Comedy to Horror. Is it any easier working in one specific genre? 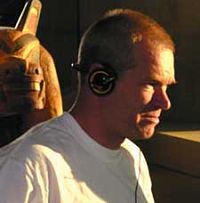 UB: No. Each has their own set of different inherent problems and advantages.

J: Have you ever shot using High Def?

UB: Never! I love the look of 35mm film stock and I value my DP.

J: You’ve frequently cast veteran actor Michael Pare. Can you tell us about your working relationship?

UB: Yes, Michael is a friend of mine and he also happens to be a great actor. If you watch his performance in ‘SEED’ (2007) and then in ‘POSTAL’ (2008), you see he just gets better and better with time.

J: The Third Installment in the ‘Bloodrayne’ series is in the works. Was this intended as a trilogy initially?

UB: Absolutely, that was always my intention. I have said that from the beginning on. Now with this new film ‘BLOODRAYNE-THE THIRD REICH’, we give the gamers what they wanted from the series originally. Rayne killing Nazi’s!

J: Your films are as well executed as someone like Roland Emmerich (albeit his films have $100million+ budgets), yet he is applauded for his work, Does that upset you?

UB: I don’t think Emmerich gets a lot of great reviews either. However I do think that I’m slowly getting better reviews and positive recognition.

J: I have notice a great leap in technical storytelling from ‘House of the Dead’ to ‘In the Name of the King’ and most recently ‘Far Cry’. Was this a conscious decision to show audience what you’re capable of?

UB: It’s about routine. Routine is a major point in filmmaking and everything else you do in life. Problems are there to be fixed. I think If I made ‘Alone in the Dark’ or ‘House of the Dead’ today, with the knowledge I’ve acquired. They would be much better films.

J: Your Love of boxing would seem to serve you well on your new project about legendary pugilist ‘Max Schmeling’. What attracted you to the story? 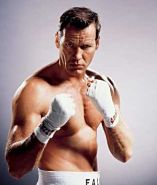 UB: MAX SCHEMELLING was elected as sportsman of the century in Germany. We cast ex boxer and former World Champion Henry Make in the lead, his knowledge of the sport is a huge asset to the film. We have some of the best boxing sequences ever in that movie! Sometimes we had two current champions in the ring at the same time like ‘King’ Arthur Abraham and unbeaten Alexander Frenkl. I think Abraham is a great champion and I love that ‘SUPER SIX’ tournament.

J: It’s been reported that you’re seeking contributions from fan to invest in your next film titled ‘Blackout’. What can you tell us about this?

UB: It was never my idea to finance the film like this. That idea came from two Austrian producers. I only agreed to direct, that was it. It looks like the film won’t happen anyway.

J: Are there any future projects you can tell us about?

UB: I’m finishing ‘BLOODRAYNE 3′ now and I’m looking forward to the release of a trio of films. I have ‘RAMPAGE’, ’DARFUR’ and ‘FINAL STORM’ all slated for release soon.

One thought on “Interview: Uwe Boll”