With so much to live up to after ‘Toy Story’ and ‘Toy Story 2’, Pixar has once again delivered a great film. Fifteen years after the original, and first feature length 3d animated movie, ‘Toy Story 3’ brings back the original characters and charm without missing a beat. The biggest difference between the three films is how much the technology has advanced, and this third installment dazzles its audience with some of the most beautiful and cinematic moments ever seen in a CG film.

Once again Andy’s toys find themselves in a strange and unusual place. This time it’s Sunnyside, a day-care center that they are accidentally donated to; as Andy is now off to college. They are welcomed by toys that look as if they’ve gotten a little too much use. And once the kids arrive at the day-care we find out why. Now it’s up to Woody, Buzz and the rest of the gang to find their way out and get back home. All of the classic ideas of loss and not being wanted anymore are still built into the story, but as with the second Toy Story these elements are pushed out of the way to make room for more of the fun adventure aspects. One of the better movies of the year, and depending on how the rest of summer plays out, perhaps the best movie of the year. 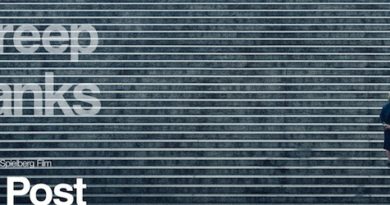