Olivier Gruner was born in Paris, France. He served in an elite unit of the French Military before becoming a world Champion Kickboxer. Mr. Gruner was ‘discovered’ at the Cannes Film Festival and successfully made the leap from athlete to actor. Since 1990 Olivier Gruner has appeared in over 30 films. He is recognized across the globe due to the phenomenal success of films like Nemesis, Angel Town, and the Mercenary series.

Jason: You have a background in the armed forces can you tell us your position
and life experiences you gained from this?

Olivier Gruner: My specialty was to over take boats. There was a very similar situation to what is going on today in Somalia, happening to us [France] in 1978/1979. My team approached on Zodiacs and retook these tankers. We were very similar to the Navy Seals in the American Military. 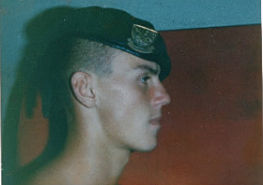 The great thing about serving is that it really builds your character very quickly. During training they would drop us in the middle of the ocean and we had to figure out what to do. It was to instill a sense of ‘never give up’. The survival skill is more in the mind than anything else; the body will follow usually. It also taught me to depend on myself, yes I had teammates but if you didn’t take care of yourself it could really jeopardize the team. When I got out of the service I felt in my mind that I was indestructible.

J: When did you decide you had a passion for the martial arts and kickboxing in particular? 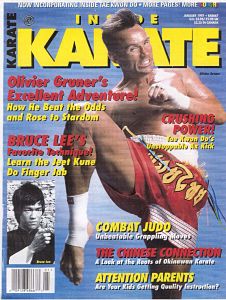 OG: When I was a kid, about eleven years old, I got beat-up a lot. I didn’t grow up in a bad part of town, but it was tough. One day after school I was attacked and I decided to learn martial arts to defend myself. I was also greatly inspired by the Bruce Lee films coming out at the time. Becoming a professional fighter never entered my mind until years later. My father was a pediatrician so the thought of his son being punched in the face was not a good thing. When I did start prize fighting and winning in an entertaining way, people started to notice. I feel there is a lot of confusion in the fighting world today. After a loss these fighters get so upset, but its not about wins or loses its more about putting on an entertaining fight. Win or lose if you sell tickets your going to be fighting a lot. Its a business at the professional level. In the amateurs a win is important because your fighting for trophies or tournaments. The pros is about money, sometimes a guy with as many loses as wins, who fights in an entertaining way will make more money than an undefeated fighter.

J: Whats more nerve raking, entering a ring, or standing in front of a camera?

OG: Its a totally different type of nervousness. One is survival the other is when you go to speak in front of 3000 people and your mouth is dry. When you step into the ring, someone is there to beat you up. There has to be a level of anxiety to keep yourself on the edge. The day I wasn’t nervous I got into trouble.

J: How did you make the transition from athlete to actor? 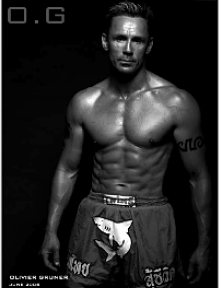 OG: I was in Cannes working at a ski resort. A friend and I decided to also get employment working security for the Cannes film festival, checking tickets and badges for events. One day my friend said “Why don’t you put up a poster announcing yourself as a kickboxing champion?”. So I did. There was a company called IMPERIAL ENTERTAINMENT that was looking for a martial arts star. At that time Van Damme was becoming a star so he wasn’t available for their project. I think Van Damme’s popularity helped a lot of us get our movies onto the big screen.

J: Can you tell us about Imperial ENTERTAINMENT and working under contract with them?

OG: Yes defiantly. They produced my first film ‘Angel Town’ which did extremely well. Then we did ‘Nemesis’ which did even better. The problem was that they didn’t know what to do with me next. That was a tough time, I was waiting for two-three years to shoot my next film. That really hurt my popularity. You have to consistently be out there. It’s not good to disappear for three years at a time. So I had to move on from the company. Otherwise it was a fantastic experience. They really knew how to build ‘stars’. 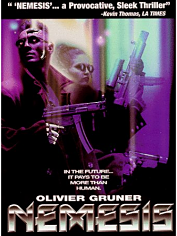 J: Were you ever approached to appear in the sequels to ‘Nemesis’?

OG: Absolutely. After ‘Nemesis’ they wanted me to do another film and we had a little problem. I’m not going to go into that because it was so many years ago and irrelevant now. In the end I had to move on from the company to make another film. Director Albert Pyun went on to make 2-4 sequels because the franchise was such a money-maker. Recently a friend of mine and I decided we are going to put another ‘Nemesis’ picture together. I have to take matters into my own hands. I’ve tried to talk to the company holding the rights but they have a dispute with another company over the rights. So we’ll see…

J: Recently you Directed/Produced your first film titled ‘One Night’. Do you enjoy the film-making process from behind the camera?

OG: Yes. It was great until we had some issues during production. We had a very small budget to work with. The challenge was to make a ‘big’ film on a small budget. There is some jealousy in the business and it’s very hard to deal with jealous people. There was a person in particular involved with our production that really ruined my experience. However I enjoyed working with the actors and putting the scenes together. The film looks really cool. I think its one of the best movies I’ve ever done. I’d love to direct again, its something I enjoyed and I’d also like to do films in other genres as well.

J: You have one of the best physiques in the movies. Can you tell us about your training(daily?) regimen? 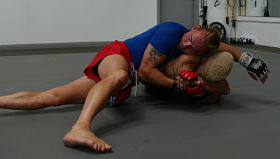 OG: Its a way of life for me. Some people are into beautiful cars and they take pride in keeping them in good condition. Its the same way for me with my body. I’m a physical person, it’s just the way I’m hardwired. I train in MMA and jujitsu 3-4hrs every day. It’s pretty intense.

J: Van Damme has recently announced that he will partake in a K-1 match later this year. Do you ever have the urge to get back into the ring?

OG: Yea I’m training for some cage-fighting. However, now that I’m older its harder to get licensed to fight by the commission. So the bout would have to take place on the reservations at an Indian Casino. 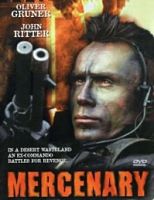 J: Which films of yours are you most proud of?

OG: I’m very fond of ‘Nemesis’, ‘The Fighter’ and ‘Mercenary’ in which I got to work with the late John Ritter. I had a lot of fun with those guys. Recently Albert Pyun and I reunited on his new film ‘Tales of an Anicent Empire’. I went to the set, they fitted me and I shot a couple of days on that film. Albert Pyun and I have a long history together dating back to 1992’s ‘Nemesis’.

J: What can we expect next from Olivier Gruner?

OG: I’m doing a series on professional athletes called ‘The Pros‘, looking at all arenas of the sporting world. We have done Boxers, Surfers, we want to do an installment on MMA. I have my first directorial feature, ‘One Night ‘, premiering sometime this year. Also due to the success of ‘The Expendables‘. Producers now want an ensemble of action stars in their films. I just got back from Germany, where I heard several different pitches for movies. It looks like 12 stars of the 90’s are all getting together to do a movie. Guys like Me, Lorenzo Lamos, Jeff Speakman and many others. Like I said it’s still in the development stages but I’m confident it will happen.

I’m a Fan of ‘The Sword and the Sorcerer’