Jack Black is ideally cast as the everyman who awakens to find himself towering over the inhabitants of a mysterious land somewhere within the Bermuda Triangle. Lemuel Gulliver is a lowly mail room clerk until he gets an assignment from the girl of his dreams (Amanda Peet in a criminally underwritten role), to file a report from Bermuda. This leads to an impressive CGI sequence in which, Gulliver’s boat is propelled into a storm that sends him to the uncharted island of Lilliput. Once Gulliver fends off an invading force using the girth of his belly to deflect cannonballs, he is hailed as a hero and granted all the comforts afforded a king.

Black is good in these scenes, his bigger than life persona and mischievous eyes are effective in conveying a lingering thought or comedic moment. However he isn’t given much to work with, the writing is flat, the 3D is unnecessary and the story is absolutely irrelevant. Fans of Jack Black’s films will probably be disappointed, this is a ‘soft’ Black. Not the unpredictable tsunami from ‘High Fidelity’ or ‘Orange County’, but more akin to John Candy and his late films with John Hughes (Uncle Buck, Dutch). Kids are likely to enjoy the sight of a mini-army staking Gulliver to the beach or a sequence in which Black extinguishes a blazing inferno by urinating on it.

An unoffensive time-filler, with some amusing moments. The 3D illusion which would seem ideal in a film like this, is actually very poor and the CGI ranges from remarkable to mediocre sometimes within the same scene. However families looking for holiday entertainment could do worse by seeing ‘Little Fockers’. 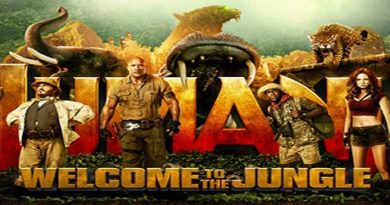