Probably the best film that could have been made from the source material. This live-action film based on the 80’s cartoon and toyline is an enjoyable family-friendly action epic. Director Stephen Sommers delivers his best film to date; the picture plays like a mash-up between a kung fu film, a James Bond pic and one of those high-tech miltary shows on the HISTORY channel. Channing Tatum shoulders the film well making for a good action hero in the vein of a young Mark Wahlberg. Unfortunately the script does him no favors, leaving him out to dry on more than a couple of occasions. A back-story involving a love affair with a woman loyal to the enemy is silly and Tatum and knockout Sienna Miller fail to display any chemistry.

Marlon Wayans is well used in a supporting role. He understands the absurdity of the script and plays it accordingly. Strong stunt work and some nice special effects make up for the illogical plot. Look for a cameo by Sommers’ longtime muse Brendan Frasier as ‘Duke’. An unoffensive affair that will entertain kids and fans of the series. Ending scenes leave the door open for an impending sequel. 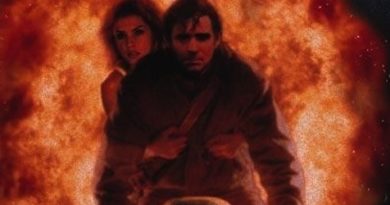