The second and best of the 1989-1997 Batman series. This outing would mark Burton’s last effort as director, though he would stick around to produce the follow up, 1995’s Batman Forever. Set during the holiday season and center on the emergence of two super-villains in Gotham, Cat-woman and The Penguin. This visually stunning film is just as dark as the first picture but plays a bit looser. As if Burton and star Michael Keaton (suiting up for the last time) had both grown comfortable after the mammoth success of the previous film.

Without the star power and charisma of an actor like Nicholson, the filmmakers wisely decided to double up on the star casting. Bringing in Michelle Pfeiffer as the mouse-y Selina Kyle turned leather clothed minx know as Catwoman. Pfieffer’s acting ability has always been under-rated but it’s without question her mixture of sexuality and sadness that makes for the ultimate cinematic incarnation of the famous comic book villain. Danny Devito is barely recognizable under pounds of makeup and a body suit. The fact he delivers such a strong performance through layers of prosthetic is a testament to the level of acting and directing on display here.

This picture received a lot of criticism on its release in the summer of ’92, for involving a subplot about the penguin’s plan to kill children. Rightfully so, Warner Bros. was selling happy meals and failed to mention to parents that this was an ‘adult’ version of the Dark Knight. Executives inside WB would fix this by pushing for a campier lighthearted touch in the follow up, effectively killing off the series for almost a decade. Tonally this is the closest to Christopher Nolan’s current Batman Trilogy. 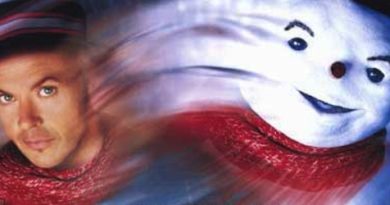