An incendiary look at the lies and myths behind steroids and their users. Director Chris Bell grew up a pudgy kid during the 1980’s until he found bodybuilding, inspired by his screen idols Schwarzenegger, Stallone and Hulk Hogan all of whom were on steroids. Bell turns the camera on his own family, including two brothers both on the juice and competing in bodybuilding contests. The scenes with the Bell family are riveting, equally so are the sequences in which Harvard professionals debunk the myth that steroids are ‘bad’.

A chance encounter with Arnold Schwarzenegger that leads to a photo op is amusing, especially when the excitement on Bell’s face is child-like in anticipation of meeting his boy-hood hero. This is one of the most in-depth and thoroughly researched documentary ever on the subject of performance enhancing drugs. If anything the filmmakers can be criticized for being slightly on the pro-steroids side. However, for the most part the tone is fairly well balanced on both sides. Bell’s over riding theme being that cheating is in our sinful nature and part of being an American is to have a willingness to cross the line in the pursuit of greatness. One of the best sports documentaries ever made. 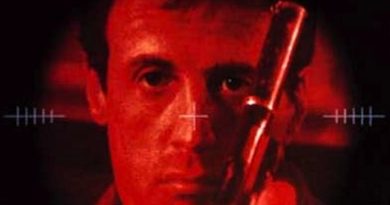