This faithful remake of the 1981 Dudley Moore film is a showcase for the talents of comedian Russell Brand, and not much else. Helen Mirren tackles the role that garnered actor John Gielgud an OSCAR three decades ago. Her screen chemistry with the always inebriated Lothario, played with wit and sincerity by Brand, is the heart of the film. Yes, this is a love story but not a romantic comedy as the ads have suggested. Director Jason Winer has to be blamed for the lack of chuckles and energy in this visually bland and very unmemorable comedy. Too many scenes play out longer than necessary, and the entire film is audibly quite in an unsettling and vacant manner.

The performers try hard to make something happen, but Brand isn’t Jim Carrey. He needs a solid script to generate laughs. This reinterpretation provides him with a few good lines, but leaves him out in the wind more often than not. Jennifer Garner shows up in the thankless role of the arranged spouse and her character becomes increasingly dis-likable as the picture goes on.

Tonally the film is a mess. Shifting gears ungracefully from slapstick comedy, to screwball farce, then into a serious mediation on the effects of Alcoholism. A more proficient director may have been able to make these transitions less jarring. The production was rumored to have gone through extensive re-shoots in an effort to inject more humor. These scenes are all too evident and the effect further contributes to the overall feel of a patchwork job by the filmmakers and studio. By neutering the ‘R’ rating of the original into a more teen-friendly ‘PG-13’, the writers have turned this obnoxious, mean-spirited drunk into a mildly pig-headed party-boy with ‘peter pan’ syndrome. In the process they robbed this incarnation of the hard edge humor and social satire that made the original so appealing. 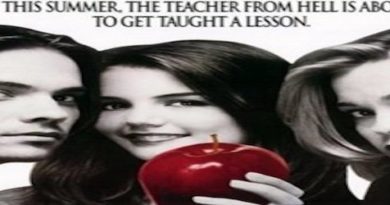