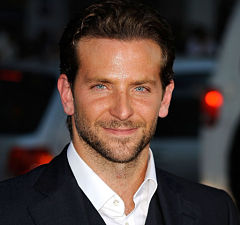 After initial speculation that Mark Wahlberg would play the lead in ‘The Crow’ reboot, word has leaked that ‘Limitless’ star Bradley Cooper will step into the role that made Brandon Lee a sensation in 1994. Original producer Edward R. Pressman is once again behind the project and ’28 weeks Later’ director Juan Carlos Fresnadillo will be behind the camera. No script has been turned into Relativity studios as yet, although the production is positioned to begin shooting in late fall. Cooper can currently be seen in the hit ‘Limitless’ and next in ‘The Hangover 2’ which opens on May 26th 2011.