More Euro-inspired action fare from producer/director Philippe Martinez and star Jean-Claude Van Damme. This off-beat and visually striking film is a curious affair. At times dark and raw with a nihilistic tone and classic anti-hero in the lead, the film feels like it could have been part of the French New wave. Stark imagery and a downbeat vibe are punctuated (sometimes startlingly) by burst of well shot and staged action sequences. Rumored to have gone through no less than three director’s hands before its completion, the result is a seamless action film with an overly emotional Van Damme pushed to the brink of sanity (and his acting range) after the murder of his wife at the hands of Chinese Triad thugs.

Archer (Van Damme) is a club owner with connections to the criminal underground where he assembles a group of goons to aid in his quest of vengeance and torture. Original director Ringo Lam left the project a few weeks into production and it’s apparent that his touch is on the film. Tilted camera angles, brutal violence and morally ambiguous antagonists are just a few of the motifs present in most of Lam’s best work including his three fantastic previous collaborations with Van Damme (Maximum Risk, Replicant, In Hell). Although notice must be given to credited director Philippe Martinez for creating a 1970s type noir action-thriller. An evocative score by Guy Farley is an asset as is veteran character actor Danny Keogh. He seems to be channeling Bauer/Martinez studios regular Armand Assante in his performance as a crooked INS agent.

Some viewers may be turned off by director Martinez’s over reliance on framing everything in medium shots or close-ups. It may have been a directorial decision or it could be the result of a lack of coverage while filming. Whatever may be the case it can create a suffocating, claustrophobic experience. Others may enjoy the intimate and uncomfortable vibe it produces. An interesting departure for Van Damme, though for a film titled ‘Wake of Death’ too many scenes end with the infamous tough guy teary-eyed. 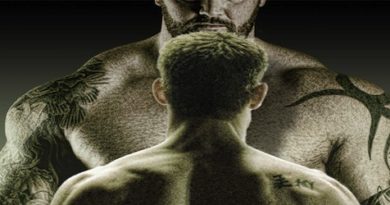