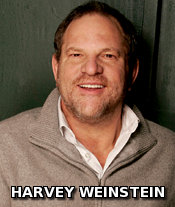 The Crow remake has been in limbo for quite some time now. Until recently it looked as if it might fall away, but with Bradley Cooper in serious talks about starring with Juan Carlos Fresnadillo directing, it looked as if producer Edward R. Pressman finally had some real movement. That is until Harvey Weinstein sued Relativity Media over the distribution rights to the film.

The Weinstein Company is saying that they have a contract, signed and ready to go for the distribution rights to the film. “If anybody tries to buy these distribution rights in The Crow, they are buying nothing but a lawsuit and they will get sued.” said Bert Fields, TWC legal rep.

Relativity came back with this, “This is yet another typical litigation stunt from the Weinsteins who have a long history of threatening law suits with the sole purpose of intimidation. If served, Relativity will seek immediate dismissal. While we expect these types of antics from the Weinsteins, we are shocked that a lawyer of Mr. Fields’ caliber would make such false, reckless and intentionally harmful statements to the press about Relativity and Mr. Kavanaugh. We intend to seek appropriate remedies for this misconduct. Clearly this is a feeble attempt to create a press stir and a malicious effort to interfere with Relativity’s development of the project.”

So basically both sides think they have the rights to The Crow‘s distribution. Maybe this is a sign of things to come. Pressman has produced all of The Crow films and was executive producer on the short lived television series as well. With Dimension releasing all of the past films we wonder if Pressman may just take it over there in the end. Whatever the outcome we want to see this film get made; Cooper and Fresnadillo sound like solid choices.

Bradley Cooper to Resurrect ‘The Crow’